Chart of the Week: The decline of US app power

September 2nd, 2013 - 02:11pm
By Jon Jordan, Contributing Editor
The US remains the biggest app market in terms of usage, revenue and development.

But that situation is changing - fast.

Figures from app analytics company Flurry show that while it has a strong position - thanks to economic power, language and culture - the global time spent in apps and games made by US companies is declining.

(We assume this means US-headquartered companies, rather than US-located studios, given the scale of outsourcing and distribution development.) 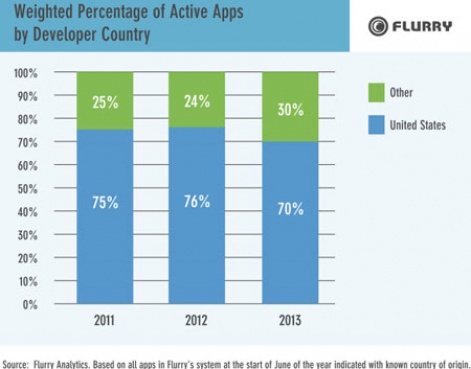 Drilling down into the market in four specific countries, we can see how language and culture affects the situation. 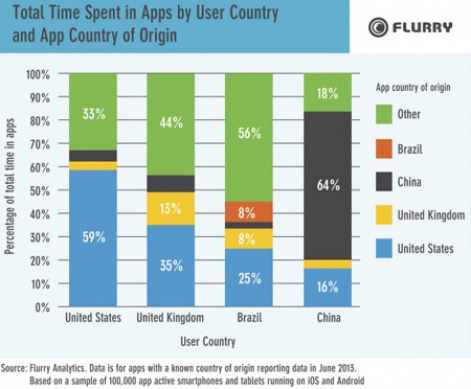 The situation is even more extreme in China, with 64 percent of time spent in Chinese-developed apps.

Obviously this is driven by culture, language and a highly fragmented and localised app distribution network, meaning that US-developed apps only account for 16 percent of in-app time.