$7.7 billion Chinese mobile game market to overtake US in 2016 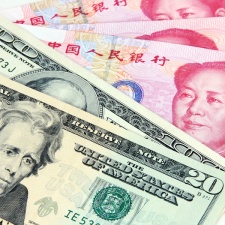 The conundrum that is the size of Chinese mobile games market continues to puzzle.

Partly the reason is lack of transparency when it comes to the many channels by which Android games are distributed; Google Play being effectively banned in the country.

Various estimates for 2014's figures start from $4 billion, rising to around $4.4 billion; demonstrating a range of accuracy of +/- 5 percent.

That latter figure is one that Dutch company Newzoo and Chinese outfit TalkingData agree with.

Of course, not everyone is so bullish. In August 2014, Niko Partners predicted the Chinese mobile games market would be worth $7.4 billion in 2018.

Perhaps more interesting, however, is how Newzoo and TalkingData have compared the Chinese market to the US market.

They predict China - which obviously has a much larger population - will overtake the US in terms of the value of its mobile game market in 2016 - $7,7 billion versus $7 billion.

In terms of general game sales, Newzoo reckons China will overtake the US in 2015, with respective sales of $22.2 billion to $22 billion.

Of course, this presumes new technologies such as Apple Watch and mobile VR, which will be more prominent in the wealthier west, won't have a significant impact on overall sales.