Stefan Bielau thinks outside of the box 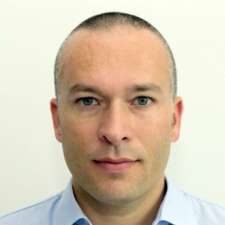 AppInTop is an automated mobile app marketing platform that combines the mobile traffic from 30 countries into a single interface.

It also runs a regular marketing podcast, with PocketGamer.biz publishing transcripts from the most interesting discussions.

You can subscribe to the podcast via iTunes here or listen to this episode here.

In this week's article, founder of at Dynamo Partners and angel investor, Stefan Bielau discusses the challenges and opportunities of working with alternative app stores.

AppInTop: How important is it to have your app on the App Store and Google Play?

Stefan Bielau: It's essential. There is no other way at the moment to achieve a success without using Apple App Store and Google Play.

But there are certain ways to reach out to an extended base of users to build on top of the volume you generate in these original stores. This means going to the alternative app stores.

What are the most common challenges about the alternative app stores?

The biggest challenge is to set priorities and get focused. Where to start? What are the stores you should distribute? Which are the largest ones?

But if you are already understood where your audience is in terms of regions, then you should go for the app stores, which have the biggest footprint in those respective countries.

Yandex is a major player in the Russian market. It's very strong, very competitive when it comes to Android devices.

Less experienced developers shy away from them, because they don't know what the outcome might be. Alternative app stores add complexity and require extra resources internally.

But app competition is fierce. Two million applications are available globally and the marketing and acquisition costs are on the rise, so you have to look for alternatives. Those alternative stores can have an impact on your overall performance.

Some come from a background of the Java/Symbian days where they were distributing and publishing already through such channels.

Also, the bigger developers with a lot of traffic in the original stores are now realizing that they have to go the extra mile to fight off competition, and those alternative stores play an important role in their portfolio of marketing tactics.

Asia comes first to everyone's mind, in particular, China. There are some very interesting numbers when you have a look on the overall download volume in China, especially on the Android platform. Android powers about three hundred million Chinese devices. But the amount of download volume coming through Google Play in China is less than 6 percent.

A significant amount of app stores in China generate more than eighty percent of the overall monthly download volume for Android devices.

In Sri Lanka, there are 20 million people and smartphone growth - mainly Android - is a hundred percent quarter-over-quarter. So there is huge acceleration in smartphone usage and penetration, and you have players like the local leading operator Airtel.

They have currently around about half a million smartphone users, and if you want to tap into the market then you talk to Airtel and their alternative app store environment.

Even in Europe, AndroidPIT has built up an audience of round about ten million unique users in eight European countries. It's a store but it has editorial too. You can target certain countries and user specifics in the same way you can do on Google Play.

If you want to accelerate your growth and distribution in those countries via AndroidPIT, you simply reach out to them and start promoting your app through a paid promotion. They have newsletters in place and they offer placements on their websites. They can run push notifications within their user base of ten million uniques.

So how do you decide where to market your app?

Look at market specifics, such as download volume in different categories. Is your app provides a solution, the content, or an idea targeting local users with certain specifics?

Do you have a localized approach? Is your app translated? Are the monetization models are appropriate to the market conditions? Is your marketing collateral localized? Are there other channels aside from the alternative app stores to accelerate growth there?

Then you can move forward, put the resources in place, manpower and budget.

What are restrictions in alternative app stores?

Let's take China as an example. You have to rely on certain agencies that have access to publishers, to those market players, enabling good access. Rules are important so the key here is to have a reliable partner, who can advise you on those certain and specific market conditions.

There are plenty local partners out there. They're all growing at the moment, but it's rather hard to enter those markets on your own.

How do developers define success in the app stores?

Everyone is looking for ROI on their marketing strategies and tactics. It has to pay off. So be honest with yourself. Have a good set of KPIs initially before starting to do any promotions, including in alternative stores.

For brands, things are different because success for brands is visibility, rather than ROI. If you are a big, global brand with some local offers, you want to make sure that you are in those markets. On the other hand, you have to make sure that your brand is not damaged through cybersquatting, or misusing your brand in those stores, picking up the title or your icon or logo.

It really depends. It ranges from 80/20 or 70/30 revenue share deal on one hand, while on the other hand, it may be completely free. Sometimes you can find players who can give you free distribution, hosting and certain exposure, and they monetize from you in order to upsell promotion and campaigns.

What about featured placement?

The most known one of those stores is Amazon. It sells screen property to the developers, not only to its app store users, but also on Kindle.

Another example is Yandex, a major player in the Russian market. It's very strong, very competitive when it comes to Android devices. Yandex Retail puts you up in Yandex app store as an Android developer. They're integrated with fifteen thousand retail spaces and spots in Russia, ranging from telecom booths up to regular supermarket chains. For each purchase of an Android phone they can offer you free apps.

The developer pays Yandex for this distribution only when the app gets activated, so it's not the old days where you just pay for being on the phone, without the user ever opening your app.

How important are reviews and social factors in alternative app stores?

Reviews are very important. If you end up with an application, which has three and a half or less stars, the users will go for your competition. Also, ranking algorithms take into account downloads, downloads velocity, and reviews. So having good ratings, having a lot of ratings helps to perform better.

Yet I would not recommend using bots to drive reviews. The stores are intelligent enough to recognize them. In the worst case, you are thrown out. Aside from that, it is not a long lasting approach.

But from the developer's perspective, it becomes much more important to recognize such play in terms of competition. I've seen cases where competitors are buying negative reviews to be listed on your app and then it is so hard to get back on a good review and rating position when you have accumulated a certain amount of bad and negative reviews.

How can you fight bad reviews purchased by competitors?

As early as you can, build a good pool of reliable, loyal beta testers and heavy users of your own app.

If something like this happens to you, you can at least fire back in a natural, organic way, having your troops in the store commenting, giving you good reviews.

Use a tracking tool to be aware if something like this pops up somewhere globally. If you distribute it in a hundred and fifty countries, there are certain analytic tools that can give you an overview on: amount of daily reviews, their quality, if it is increasing or decreasing. Get a business intelligence there to be aware if someone is like trying to screw you over.
Also flag this to the stores.

It is always a concern, so you need adjust your monetization model to local specifics. If you have a paid application and you go to try to sell it, let's say, in African market or South American or Asian markets, it is unlikely that you will be successful because of piracy.

The number one thing that you can do is to embrace piracy.

If you are using advertising as a monetization model in those respective markets, you can expect a higher performance in terms of like click-through rates because performance of mobile advertising in certain markets differs. People there are more used to, more open to, try mobile apps compared to other markets.

The number one thing that you can do is to embrace piracy. Pirates are users at the end of the day and your internal analytics will show you how many people are using your app without having to pay for it or using IAPs, but not paying for it.

So they seem to love your product. They use it. They play with it. Try to be smart enough to utilize them. If it's not directly through revenue, maybe you can reach out to them and have them give you good ratings or likes on your Facebook fan page. Let them promote your app to others on social networks. This way you can grow your audience.

In some way or the other, it pays off when you consider an alternative way to monetize them. There is no way to fight off piracy at a large scale. It will always be around because there are people who will never pay for your product.

What are the main things any app developer needs to do before going to alternative app stores?

A final tip: what is the best way to become noticed in alternative app stores?

Listen to this podcast episode or subscribe to the podcast via iTunes.

How to make your game a success in China