Why the Indian games market is now ripe for success

Local conditions and talent are in place says Aswin Sambamurthy 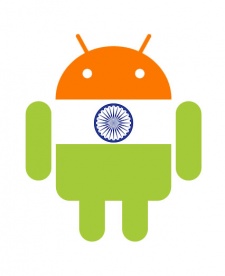 Aswin Sambamurthy is the original casual gamer, playing Doom, Caesar, Football Manager, Battle for Wesnoth and Age of Empires casually over the years, with skill levels somewhere between an amateur and a professional.

He's far more serious when it comes to math and consumer behavior, and if you've played Zynga titles like Empires & Allies and CastleVille, he's probably made you pay real money for virtual goods.

It is no secret that games dominate the global mobile app market.

With the kind of stability Clash of Clans and Candy Crush Saga have had at the top of the Indian app charts, tech investors in the country have recently added gaming as a potential investment space to their portfolios.

This is a recent phenomenon, and the effects of this capital infusion will only be visible over the coming years.

What are they investing in, though?

The surprising part about the investments is not that the portfolio companies are based out of India - that's the least surprising part, given the low costs and the highly skilled workforce.

In the eyes of the global gaming giants worldwide, India has been a 'cost centre' for more than a decade now. This is a country which features in discussions about outsourcing some of the routine development work, game testing, art work etc.

India also is the place where the giants send their games to die - to keep the web/mobile games running at low costs, till the profit margins no longer makes any sense.

India has almost never been considered a big enough market on its own.

There is the occasional case of a game studio in the country proving to be more talented and effective than a mere cost centre, getting more interesting work over time. Zynga has a studio in Bangalore, while EA and Glu are based out of Hyderabad.

While there have always been gamers in India, the masses in the country have almost never been considered a big enough market on its own.

One key change in the recent past is the new, huge market that is being created by people moving from basic handsets and Symbian feature phones to the world of low cost Android devices. This new market is taking shape and has already shown promise in the last year.

At a high level, the Indian market is a reflection of the global market with a few local additions.

Clash of Clans and Candy Crush Saga are the top two grossing games in the country, as it is with the global market, but the third game is Octro's Teen Patti, an online version of the regional three card casino game (aka India Poker).

The revenue it generates has been enough to convince Sequoia Capital to invest $15 million into Octro - something that's unheard of for an India gaming company.

This is a turning point in the evolution of the industry, where a game with a local theme has broken into the top three and has stayed there consistently. Rummy is another card game that's already familiar to the masses and is making inroads into the list of top apps.

There are rumours that the top games in India now make between $8,000 and $10,000 per day. This is insignificant compared to top games globally (of course), and would fall somewhere beyond the global top 100 mark.

While this is what the #1 game is rumoured to make and the average revenue is way lower, going after this market has its advantages.

The primary advantage is the much lower cost of user acquisition. The ad network way is much cheaper than elsewhere, but it still is not the optimal way - and where global players currently lose out to indigenous firms.

There are several tie-up opportunities, with network providers, movies and individual celebrities not even having the opportunity to monetise their already huge user bases.

For example, Bharti, arguably the leading telecom operator in the country, is playing a smart hand with its multiple mobile investments.

Tiny Mogul Games, its new studio with four games under its belt (including Shiva: The Time Bender - as below), promotes its new games to the entire user base of Bharti-SoftBank's joint venture, Hike messenger. It is one of the top 5 apps by number of downloads these weeks, thanks to the huge marketing efforts of the parent venture. There's your user base.

Movies are a huge part of the average Indian's life. Games that are associated with and are an extension of the top movies generate huge download numbers, propelling the game to the top of the charts by downloads.

Monetising them is a skill such games haven't mastered yet. There are no known examples of celebrity endorsements for games working out, but with Kim Kardashian: Hollywood making its mark in the global market, we can safely expect games based on sportspersons (almost synonymous with the game of cricket) or movie stars in the near future.

The second major advantage is the existing competition or the lack of it. If you look at Octro's game, you'd realise that the Indian user base is not as selective with respect to the visual quality of the game - if the game is fun enough, they are willing to try it out despite any shortcomings.

A high quality setup will find it relatively easy to corner the market.

Several India-focused games in the top 100 also crash quite frequently, indicating the lower rigour that is employed across development, design and art. Game design is also largely in its infancy stage in the country - there are very few designers who have had the opportunity to work on big global games.

A high quality setup, with respect to expertise, will find it relatively easy to corner the national market.

The first studio that gets three to four games in the top ten will control the future of mobile gaming in the country. Lack of many regulations for the mobile app market will also ensure that a firm with reasonably deep pockets can achieve this in a short time.

While Octro's Teen Patti and its clones (there are five of them in the top 50 now) form the first wave of Indian games to successfully make money with a replicable formula, a whole host of indie developers and investors are waking up to the possibility of these numbers.

Not too far in the future, any small hit will be fast followed by (relatively) bigger, VC-funded firms in the space.

The future looks bright, with a lot of scope for India-focused games, as more studios figure out other
relevant games for the market.

Maybe it's still not bright enough to compete with the revenue that the top western, Japanese or even Chinese games generate, but India looks like a good place to generate some decent money before the market evolves and/or gets a lot more crowded.

If you've played Zynga titles like Empires & Allies and CastleVille, Aswin Sambamurthy has probably made you pay real money for virtual goods.