How Korean user acquisition is moving beyond Kakao

Kyunga Park on a changing scene 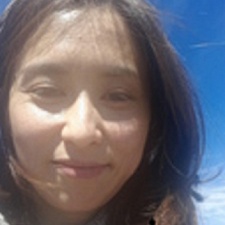 User acquisition strategies in Korea used to be quite simple.

The first and must-have option Korean app marketers take when launching their mobile game is incentivized CPI to boost rank.

The other 'must-have' was Kakao.

As demonstrated with games such as Anipang and Dragon Flight in early 2013, it's a very powerful marketing platform thanks to the ability to send invitation messages to friends.

But Kakao's impact on the market has been decreased to the extent that it's become optional for developers.

This is because hundreds of games are Kakao-integrated now and the market is dominated by a few top grossing titles from the big publishers.

After Supercell's success in Korea thanks to a massive TV advertising combined with display and offline ads - all without Kakao - the big Korean players have started to put TV advertising into their marketing mix to maintain their rankings and as a new way of user acquisition.

It seems to have been a quite successful approach in terms of getting a fresh user base though TV; something Kakao can't provide anymore.

In this context, Netmarble's Raven has made a significant mark in Korean UA strategy.

Released in March 2014, Netmarble adopted Korea's no.1 portal Naver instead of Kakao, with advertising running through Naver and its subsidiary LINE.

Netmarble also ran TV commercials from the first day of release, with a hot male movie star as their RPG model.

A similar case study is provided by King. It's running its 'Sweet Soda in my life' campaign for on TV. You can also see King's localized Candy Crush Soda Saga ads on every bus and at every bus stop in the Seoul metropolitan area.

King is making a positive download loop by connecting its brand ads to downloads with a flood of Facebook invitation messages.

In this way, the big players are turning from focusing on CPI to online, offline and TV advertising.

They are acquiring a large volume of new users and lowering their paid and social user acquisition costs by combining their campaigns with TV advertising. And Naver is emerging as a new platform partner offering new opportunities.

It also means the environment is getting harder for those companies who are not big spenders.

Korea's non-incent CPI volume is small and local CPC ad networks tend to have high user acquisition cost without any brand or TV advertising. Thus, if you're not going to spend a large amount of money, you need to take a more strategic approach.

A first step can be trying global ad platforms like Facebook or AdWords to acquire new uses and measure your LTV in Korea. You can do local media buying including incent and non-incent with a clear goal.

But remember, various user acquisition strategies are needed to approach your target users and the important thing is make an impact and ensure you have a virtuous download circle through paid, social marketing and your in-game design.