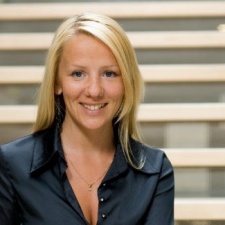 Co-founder. Kadri manages the everyday life of the game accelerator, expands the mentor network, partnership deals and connects the startups to suitable mentors.

As it prepares to set up its first program in Malaysia, Estonian game accelerator GameFounders is currently on a tour of southeast Asia.

In that context, GameFounder Partner Kadri Ugand is writing about its experiences on the road....

According to Newzoo, in 2014 Indonesia was the fourth biggest games market in the region, after Thailand, Malaysia and Singapore.

With a population of 252 million, Indonesia has 34 million gamers, but only a select few game developers are creating original IP.

PC games and the internet cafe model are still very popular among gamers, but this is changing rapidly with rising smartphone and credit card penetration.

According to Anton Soeharyo, CEO of Touchten, the company was the first to start with a mobile-only development strategy in 2009, but he is pleased to see that many more are following their lead.

The local players include 3-4 large studios as well as indie developers and student teams. The majority of the developers are from Jakarta, but there are some in other cities too; notably Bandung has a growing development community.

Outsourcing and work-for-hire is still the dominant business model among developers, but original IP development is rising rapidly along with the number of indies and hobbyists.

Outsourcing and work-for-hire is still the dominant business model among developers.

The good news is that a lot of universities are starting game design and business curricula. The talent pool is growing quickly, but according to Touchten's COO, Rokimas Soeharyo, it is still hard to find game designers, as well as analytics and business intelligence experts.

Binus University opened their game development curricula in 2005 and is now accepting over 200 students per year to their national and international courses. Out of the national total of 4,000 universities 10 are teaching a game-related discipline.

Robi Baskoro from Duniaku, an Indonesian games media site, reports that a lot of companies from Korea, Japan and China are starting to sell their games on the Indonesian market.

Over 20 publishers came to Indonesia in the past 2 years and 5 game companies have been funded by investors.

The hunger of the young game developers is obvious when speaking to them.

Binus has 50 game developers graduating each year from their international course and another 100 from the national game developer specialisation, making them one of the sources of technical talent for the game companies in Jakarta.

The event also included a Pitching Competition, where the local developers showed their games to the audience and with a large ovation. Eldwin Viriya of Own Games won a free Unity licence.

The application deadline for GameFounders' fall 2015 batch is 20 June and there are already several applications from Indonesia.