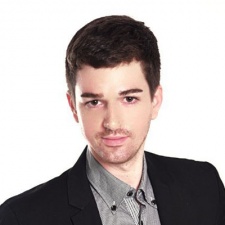 Tom Van Dam: I think that Blizzard Activision's acquisition of King was one of the biggest mobile gaming news events of 2015.

The fact that a major publisher of mostly core gaming titles spent such a large amount on a mobile game developer reveals how much significance and potential the mobile game industry has today.

Diving deeper, I think one of the biggest mobile gaming events for us at NetEase Games was the success we saw with the release of both Tom and Jerry and Kung Fu Panda on iOS in China.

These were some of the earliest instances the industry has seen of a popular American franchise being made into a successful mobile game by a Chinese developer, specifically for the Chinese market.

2015 has been a huge year for our company, both domestically and internationally. NetEase Games has matured into one of the leading publishers and developers for the Chinese market.

Late last year we saw the launch of our South Korean office, and earlier this year we opened our first American office in California.

My aim is to capitalize on our success in China and extend NetEase into new markets.

Going forward, my aim is to capitalize on our success in China and extend NetEase into new markets, both in making games, as well as bringing them to players around the world.

I think that a big trend in 2016 will be the maturation of mobile gaming in the mainstream.

Similar to the way that the traditional PC and console markets matured many years ago, we are starting to see developers create unique gameplay experiences that are fully-focused on making the most of the mobile platform, rather than just occupying the casual and light-gaming sectors of the market.

I think that we'll continue to see major titles become ubiquitous in popular culture, similar to the impact that we've seen with King's Candy Crush, Rovio's Angry Birds, and others.

We'll also continue to see big-name celebrity integrations and IP crossovers in the mobile space, like Kim Kardashian creating her own mobile game and Steve Aoki in our own title Speedy Ninja.

Asia's expanding share of the global game market will increasingly impact Western markets. You can see a similar trend in prominent Hollywood movies containing scenes or actors catering to a Chinese audience. Games will undergo the same transition.

The launch of Virtual and Augmented Reality platforms have the potential to cause a paradigm shift in the market - the Facebook acquisition of Oculus Rift and the immensely positive critical reception of Samsung Gear VR show that this tech has a high chance of fundamentally changing the way that people play games.

The announcement that Oculus will be bundled with EVE Valkyrie is very exciting news, suggesting that VR is starting to commercialize more effectively.

My personal favorites have been Fallout Shelter and The Room Three. Between those two games it's a hard choice.

Fallout Shelter offers a very engaging experience and the potential to grow this game into a true franchise on mobile is enormous, yet currently much is left to the imagination.

On the other hand, The Room series existed for some time now and offers the traditional all-immersive adventure experience, and there can never be enough of that. The passion that has been put into The Room Three by the developers can really be felt when playing the game.

Both games have a very appealing way to draw players in with their gameplay, and in both cases I want to tell the developers to come take my money and give me more.

My resolution for the New Year is to inspire the Western gaming community to learn more about and work with China, as well as to infuse the Chinese game community with great new experiences from the West. There is so much value yet to be unlocked by bringing these communities closer together.

We want our players to feel refreshed and satisfied after playing our games, not exploited.

As for what I would enforce on the industry, as member of the gaming community who lives and breathes mobile games, I would like the industry to place more emphasis than ever before on creating seamless, high-quality experiences for our core players.

Practically speaking, this includes efforts such as finding new ways to ensure that the monetization systems that we use in our games feel like a fair and natural way to add value to the experience, rather than feeling like a wall that stands in the way of the player's enjoyment.

Successful monetization is essential to game development, yet the endlessness of some monetization options, which you see in a lot of major titles these days, is not respectful towards your most dedicated players.

I think that all of us in the industry can agree that we want our players to feel refreshed and satisfied after playing our games, not exploited or frustrated, so I'm looking forward to seeing innovative new ways of achieving this goal.