Indian mobile game devs have unique creativity, but are they ready for the global market? 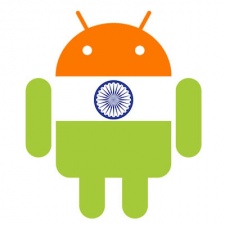 This was especially true of those developers who presented as a part of this year’s Very Big Indie Pitch.

In fact it wasn’t just me who was impressed.

The entire expert judging panel, and even those in attendance were equally impressed.

Now the reason for this is simple, India's indie mobile game developers are unique.

It’s something I say at the beginning of every Big Indie Pitch, and whilst this sounds easy, in practice it’s extremely hard. This is especially true when you’re trying to compete against the giants of the industry.

This, however, may be one of the root causes of the flourishing of India’s indies: namely the fact that they aren’t burdened with the idea that every game they make has to follow the latest trend.

As much as I love Clash Royale, it was so nice to see these independent studios blazing their own story, instead of simply creating another Clash clone.

Or a clone of any other leading title for that matter.

This doesn’t mean you can’t be inspired by such games, but they had infused such inspiration with their own style and gameplay ideas.

Let’s take some of the Very Big Indie Pitch finalists for example.

You see, not only did Monarchy, a brand new tactical board game, unanimously take the crown, but every single one of the six games that made up the final shortlist had something unique to offer.

Whether it was a simple yet addictive endless spelling game in Wordifly, a clever mash up of every genre under the sun in The Light Inside Us, or War Tanks, a game which hopes to to become the next big eSport through its moving battleships-inspired arena shooter.

In fact, even in a genre like puzzlers, where it’s so hard to be different, finalist Jhulo achieved that by using pendulum-inspired puzzles.

Moreover, it was also encouraging to see so many developers being creative in terms of the markets their game were targeting too.

It’s one thing to go up against the greats of the industry. But what's often a much smarter move is to offer those gamers who are dedicated to an over-looked genre something extra.

This is certainly true of Monarchy, which by offering a new type of board game experience, ensures it's entering a starved - rather than an oversaturated - market.

So with so many good ideas bubbling around, what will it take for the Indian indie development community to take the global stage by storm?

One thing was clear. While creativity is present and correct, the development community needs better assistance and guidance through the process of monetising and marketing their titles.

For every Clash Royale or Candy Crush Saga, gaming also needs a Monarchy or a Jhulo.

One reason is the massive difference that exists in India between the revenue generated from in-app purchases and that which comes from in-app adverts.

In the west, we're accustomed to the IAP model of monetisation. However, an interesting fact that came out of Pocket Gamer Connects Bangalore 2016, is that in India, upwards of 80% of all mobile game revenues come from ads.

As such, most Indian developers focus on gameplay. They think little more about monetisation aside from making sure they are integrating a well established advertising platform.

Obviously, this means those games will find it harder to be commercially successful on a global scale.

That's a shame because from what I saw - with advice - some of the 20 finalists of the Big Indie Pitch could easily be very popular outside of India.

Because for every Clash Royale or Candy Crush Saga, gaming also needs a Monarchy or a Jhulo.

And - inexperience aside - that’s exactly what makes India so exciting right now.