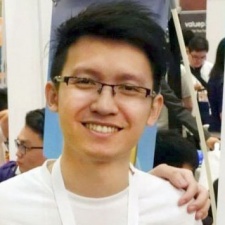 It's been a long journey for Omega Yuen , the head of OY Games.

But it's been worth it.

Recently, he won the audience choice award at Casual Connect Asia 2016 with his game, Tap Summoner, beating 300 other games in contention.

The 29-year old technical artist, recalls his journey through multiple paths of game development, doing art-related jobs for hire, lecturing at a university, running his own company, and how he ended up with Tap Summoner.

Very often, "OY Games" is interpreted as "Omega Yuen Games" by the public and that's not the case.

The idea of the name actually came from the phrase "Oh Why Games" and was thus shortened.

They weren't always known as that though, as the company had its origins working-for-hire for a few years.

Formerly knows as Space Pub Entertainment, formed by Omega and an old business partner and some of the current core members, did several game project for prominent Malaysian television IPs, most notably BoiBoiBoy for over 3 years.

However the games that they've worked on were never released.

Omega would often spend a majority of time working on games, sleeping an average of 3 to 4 hours a day.

The production woes of these hired jobs and a part time lecturing gig pushed him for a hard reset.

"I would often be late for meetings and found sleeping in conferences, or when I'm sitting down for a break" Omega recalls.

There is no point making games that will not see the light of day.

"I want to see these games completed. After so many years of going back and forth, there is no point making games that will not see the light of day."

Sentiments that were also shared by his core team: the team consist of four core members and 4 other recurring part timers.

A call for entry from Gamefounders, a game startup accelerator early 2016 and the support his fellowship, he ultimately dissolved Space Pub Entertainment to form a new studio, OY Games.

One of the criteria for a slot in Gamefounders was a prototype, which he then found it from a friend.

The game was Tap Summoner, a 2D style clicker game where you summon minions to beat a monster.

A project owned by one of his friend, there were some financial issues plaguing it and enlisted Omega's help to solve some of the game's problems.

After working on the game for some time, he saw some potential in it, and agreed to help improve upon the idea in exchange for the game IP.

The danger of the game becoming bloated is one of the things he is aware of.

With full control of the project, he wanted push the quality of the game's art and immediately started working on the overhaul.

Initial feedback from the game was very mixed. Some players liked the core concept, but kept asking for more features.

During the Gamefounders playtesting sessions, players actually liked the in game characters a lot, asking if they could do something more with them in the future.

During Casual Connect, players were asking for multiplayer features, and a collectable feature, where they would need to beat minions monsters and minions to use them in later battles.

The danger of the game becoming bloated is one of the things that he is aware of, and deciding what kind of game Tap Summoner should be is one of the top priorities.

Since going into game development full time at 2014, this is only the beginning of his journey. Often looked down up due to his boyish looks, he is always perceived as inexperienced or too young.

Unphased by these setbacks, he lets his achievements do the talking. During his university days, he's collected an astounding number of student awards.

While Tap Summoner has plenty of potential, he is more interested in building his team.

On top of the Casual Connect win, he was awarded a RM50,000 ($12,000) grant from Intellectual Property Creators Challenge (IPCC) by the Malaysian Digital Economy Corporation (MDeC) for being the most promising studio in Malaysia.

Currently on another tour with Gamefounders to Europe, he hopes to bring in more investors to build his company.

While Tap Summoner has plenty of potential, he is more interested in building his team by building a strong business foundation.

"My team has followed me though so many setbacks, I wouldn't have done it without them," said Omega.

He also credits Desmond Lee from Appxplore for his growth and considers him as one of his closest mentor.

Tap Summoner will be soft launched this August and geared up for a global launch by the end of the year.