Six hacks to crack the app monetization code in Asia

How to pick your approach to monetising Eastern users 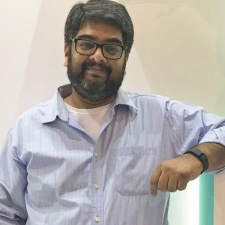 It’s a world of apps today where everything that users do with smartphones have an app at the centre of it.

If there’s an idea that can be taken to business with smartphones as the medium, it is finding its manifestation as an app. This is especially true for Asia, where apps are increasingly simplifying the lives of smartphone users.

However, like any other business, these apps need to make money if they are to grow and sustain themselves.

To make money app publishers have to monetize their apps. However, monetization cannot be an afterthought. In today’s app economy, or ‘apponomy’, where companies, businesses and brands are being built on the back of an app, monetization has to be taken into consideration right at the app development stage.

Looking at Asia, the region’s apponomy has rapidly evolved. Users are voraciously consuming apps, be it social networking, gaming, entertainment or utility.

However, as the world of apps has evolved, so have the ways to make money out of apps. So has the amount of money that apps stand to earn their makers today.

Indeed, there’s a lot of money to be made from apps. However, here are a few trends app publishers must take into consideration before taking the plunge with app monetization.

1. No country for paid app downloads

People are increasingly moving away from the idea of paying to download an app.

According to Google, three out of four users in APAC today, prefer to download apps that are free. With the exception of Singapore, credit card penetration in India & Southeast Asia is under 12%. This is one big reason why free apps constitute almost 90% of all app downloads on Google Play Store in APAC region.

Consumers have actually shown a certain degree of preference to this model since it urges them to make a purchase at a certain point in time only. For instance, a mobile game might be free to play.

But when a user is stuck at a particular level, it can be unlocked with an in-app purchase. It does not mean all subsequent levels or content may come totally free, but at least gives consumers the freedom of choice.

However, according to a 2016 AppsFlyer state of in-app purchase report just about 5.9% of Asian users spend money on in-app purchases. Therefore, a decision to go the IAP way in APAC might require some more thinking.

The ‘Try before you buy’ nature of this model makes it popular among app developers and users alike. The app developer can drive the much needed volume of users by offering the app for free.

An eMarketer study suggests that mobile internet ad spends in APAC grew by 62% in 2015.

Users on the other hand, can choose to buy the app only if they like it and unlock all the features it has to offer. Findings from an IDC & App Annie study suggest that freemium as a monetization model grew at a rate of 72% between 2013 and 2014.

4. In-app advertising is the way to go

While in-app purchases find takers, in-app advertising is the one app developers should really look out for.

According to a December 2015 Vision mobile commerce of things report, advertising is the most popular revenue model among mobile app developers, with almost 31% of surveyed developers using it.

On the other hand, an eMarketer study suggests that mobile internet ad spends in APAC grew by 62% in 2015 and are estimated to grow by 44% in 2016.

This means that as far the apps ecosystem in APAC is concerned, in-app advertising is the way to go.

Rewarded ads are increasingly becoming the preferred approach for app developers to engage their users with ads.

In fact, studies have shown rewards can renew app usage among abandoned users. Of those who stop using apps, 30% would use an app again if offered some reward.

While rewarded ads are helping increase engagement, they are also enabling app developers achieve that much needed initial download thrust for their new apps.

Among the different rewarded ad types, rewarded videos are catching on fast as one of the most popular ad formats, specially among game publishers.

Their ability to get the advertiser message across while seamlessly blending in with the app content has made native ads a sought after ad type.

Almost every type of app, gaming or non-gaming, can use native ads effectively. Even consumers are more receptive to them as they are non-intrusive and do not break their app experience.

In fact native ads are said to deliver four times higher CTR than traditional banner ads and also generate better eCPMs for publishers. This has made native ads immensely popular among app publishers.

The increasing preference among smartphone users from Asia to download free apps, means that approaches such as freemium and in-app advertising are likely to yield better results than others.

App publishers who have these markets in their sights should therefore choose a monetization approach that is non-intrusive, blends with their app experience and encourages engagement from users.