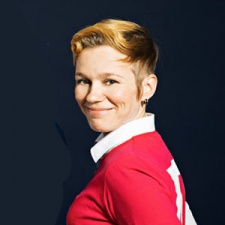 At Neogames Finland we have been investigating the Chinese games market and its opportunities for Western developers for a couple of years now.

This summer we executed a Finnish trade mission to ChinaJoy with great support from Invest In Finland. For us, the trade mission was a great opportunity to visit the biggest mobile games market in the world.

During our trip met a number of Chinese partners and it was good to see the ChinaJoy expo too. Regarding feedback given from the Finnish companies that participated, they were also very pleased with their visit to China.

It was fabulous - and hot at +40c - to have champaign on rooftop bars in Shanghai, but for me it was even more of an experience to visit Suzhou, close to Shanghai, and to see the more authentic part of China.

Chinese culture differs in several ways from the cultures that I am familiar with, and people really don’t speak English much. It’s good to see and understand China a little more than can be seen by visiting the lobby of the Kerry Hotel Shanghai.

By now everyone should already be aware that the China mobile games market is big, even bigger than the US.

However, it has also been clear that it’s not easy to enter to China market as a foreign developer. Not to even mention succeeding in that market. China is more of everything: more competition, more distribution channels and more partners, but also more users and more money.

Referring to our recent China market research, there are several ways to enter to China market.

The simple way is to publish only on iOS and let Apple take care of things. But the biggest part of the market is on Android devices.

I try not to sound too cynical, but the Android market is a one hell of a jungle and if you want to release on Android then you need to learn and understand the market more.

There are over 400 Android marketplaces, and you can forget Google Play right away, it’s banned. But to comfort you, most of the money comes from the 10 top stores. I should also mention that when you operate in Android markets, you need to have a local partner for regulatory reasons.

Western app stores have pampered the developers with a simple credit card billing. In China, billing is fragmented, especially in rural areas where SMS billing is common due to weak internet connections.

However, in urban areas, credit card billing is becoming more popular, in addition to e-wallets and several other online billing methods.

User acquisition is a not easy in the West. Although, most Western developers are already fluent with social media and YouTube etc.

Did I already mention that Youtube, Facebook, Twitter, WhatsApp, Twitch etc. are banned in China? Don’t panic! There are several Chinese versions of social media tools, and people are using those very actively. So you only need to dip yourself in to Chinese portion of social media.

So everything sounds doable? (don’t give up yet…).

There are over 400 Android marketplaces, and you can forget Google Play right away, it’s banned.

For some of you who might not be aware, there is a new challenge in China market. As of the beginning of July, every game published in China needs to have government approval (it is still uncertain how this works with Apple). This is the rule, but no one knows yet how ,and if, this legislation is going to be enforced. Only time will tell.

Those of you who are still reading this - congratulations! - we have found few rules of thumb when it comes to entering Chinese market:

Choosing the right partner is a tricky job, because it is very challenging to find reliable and consistent data of anything concerning the China market, and every publisher you meet says they are a leading publisher and a stock company.

Our recommendation for finding a good partner is to go to other developers, discuss it with them and learn from their opinions and experiences.

I hope this was not too depressing. The China market is huge and there are great opportunities for Western developers. But before you go, it’s crucial to understand the market and its features.

I recommend you to start learning about the China market by reading the China Mobile Games Market 2016 report conducted by Neogames Finland with the support of the Nordic Game Institute.