Senior Producer Nilesh Engineer on updates and their effects 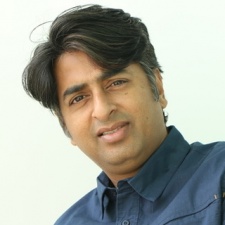 Nilesh Engineer, Senior Producer at Glu Mobile Hyderabad, gets a mixed response when he tells people he works on live ops.

"Most of them think that this is a plan B on games that are about to die," he explains to the assembled crowd at NASSCOM Game Developer Conference 2016.

In a previous stint at EA, Engineer handled updates for The Sims Social and its 5.8 million monthly users on Facebook.

At Glu since June 2015, he and his team are now responsible for live operations on Terminator Genisys: Guardian, Deer Hunter, Dino Hunter, Sniper X and Tap Sports Football.

But why are live ops so important?

"[Games are] not like a movie where it's a hit or a miss - it's about investment, and you can actually turn things around," he explains.

"It took Clash of Clans more than a year to reach 750,000 downloads, and since then they've been among the top grossing consistently."

For Glu Hyderabad, that's the challenge: to take games already available in the market and propel them to the next level.

2015 movie tie-in Terminator Genisys: Guardian was made in-house at Glu Hyderabad, which made things easier in terms of creating content updates.

"When we launched Terminator, we had a roadmap all ready for the next six months," says Engineer.

But when you're working on live ops for externally-developed games - the bulk of Glu Hyderabad's work - he adds that "the whole ball game changes."

One challenge is the age of these games, with most dating back at least a year and some even built on older code bases.

Occasionally, however, the team will be tasked with taking on something more recent.

"When we got Sniper X - this game was developed by one of our counterparts in the US - it was around two months after release and it hadn't picked up," recalls Engineer.

"That challenge came to Glu Hyderabad.

"We took it up and we actually turned this game around. We fixed a lot of flow, we addressed mission difficulty issues."

The effect on the Jason Statham-fronted shooter was clear, with its DAU rising from 100,000 to 150,000 after Glu Hyderabad took charge of providing regular content updates.

And for this line of work, the metrics are the only measure of success.

"It's very important that you read the data rather than going with your gut or your raw feeling on new features," Engineer stresses.

It's very important that you read the data rather than going with your gut.

Another example of a change enacted by Glu Hyderabad having a direct impact on player engagement is in streamlining the onboarding to its own Terminator Genisys: Guardian.

1-2 months after release, it was seeing just 27% D2 retention. Simply by reducing the length of the tutorial slightly, Engineer and his team were able to increase this to 40%.

Working on live ops is about more than just these small tweaks, though, and some of the older titles for which Glu Hyderabad is responsible are beginning to show their age in areas that aren't so easily updated.

A key example of this is metagame, arguably the aspect of free-to-play mobile game design that has evolved most since the platform's inception.

"Deer Hunter and Dino Hunter have a very set pattern - you buy a gun, you play a level and you're done," he says. "There's really no metagame there.

"So we're looking into what else the player can do, adding a metagame to what we already have."