Owen Soh breaks down the new hoops developers must jump through 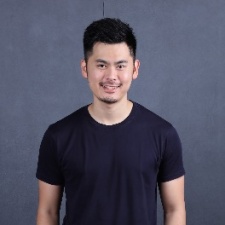 Owen Soh is Head of Business Development at Finnish/Chinese publisher MyGamez, which specialises in bringing mobile games to China.

As the China market makes up an ever larger share of global publishers iOS revenue, here are some insights from the trenches of Shanghai regarding what the new regulations will mean for publishers on the App Store.

The “new” regulation is not exactly new. The Government body State Administration of Press, Publication, Radio, Film and Television (SAPPRFT) has always made it its business to manage the content consumed by the citizens of China since 1986.

When online games started heating up a decade ago, World of Warcraft was subject to censorship and had to put flesh on the Undead before marching into the China market.

Fast forward today, the China government has recognised the immense market and cultural influence that is mobile gaming and (for better or for worse) decided to put it under its realm of influence.

Only a Chinese entity with the Commercial ICP License will be able to apply for the Publication Number.

Once mobile content has been reviewed and deemed suitable for Chinese citizens, it will be issued a Publication Number.

Who can I apply for the Publication Number?

How are Chinese companies adjusting to regulations?

All new games submitted to the 300+ Chinese Android stores (Google Play isn’t one of them YET but that’s another story for another time) starting January 1st  2017 will require the Publication Number.

For games that have been submitted to the stores prior to January 1st, most stores will allow the game to remain on them if it is already in the application process.

All developers and publishers in China are responding swiftly by applying for the Publication Number, resulting in a massive queue at the moment.

The Government considers the Apple App Store as just one of many app stores in China, and it is subject to play by Chinese rules. Hence it is a similar story where games submitted by Apple Chinese accounts are required to have the Publication Number.

We are of the opinion that it’s a matter of ‘when’ and not ‘if’ the rules will start to be enforced universally.

For foreign accounts, Apple China had been able to work with the Government to delay the strict requirement of the Publication Number for now.

But we are of the opinion that it’s a matter of ‘when’ and not ‘if’ the rules will start to be enforced universally. Apple probably wouldn’t want to risk a replay of last year’s scenario where iTunes movies and the iBooks Store were shut down in China.

Currently you should get a notice about the Publication Number on the iTunes homepage that reads:

Chinese law now requires online games to secure an approval number from the State Administration of Press, Publication, Radio, Film, and Television. You can enter your game's approval number and date in the Notes field of the App Review information section. To learn more, view the full text of the regulation.

If you have an existing game that you'd like to keep on the Chinese Apple App Store, it is highly recommended to start your Publication Number application now. Talk to your favorite Chinese publisher (conveniently the author of this post works for such an establishment) on how to start the process and the sort of localisation that’s involved.

If you have a new game you're looking to submit to the Chinese Apple App Store and test the market, it’s possible to publish without restrictions for now, but I highly recommended to start the Publication Number application process without delay.

If you’re looking to tap the Android market as well, you'd need to engage early on with your designated publishing partner and build that extra time into your launch timeline.

On the positive side, this will provide developers with more time to polish their China entry strategy.

MyGamez Head of Business Development Owen Soh may be contacted about this article at owen@mygamez.com.

With single SDK integration and a Finnish business mentality, we make it safe for western devs to release in China, says MyGamez

Catch up on our Publishing in China RoundTable discussion