What can we expect from the future of mobile MMORPGs?

And why are the current slate of titles in the genre so successful? 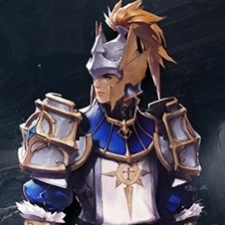 The mobile MMORPG genre has reached its peak in South Korea.

Lineage 2: Revolution set record sales of $178.5 million within a month, while MU Origin is still in the top 10 in the country after launching two years ago.

Now there are roughly 15 more MMORPGs preparing to launch in South Korea. But why is the MMORPG genre so popular? And how long have they been dominating the local charts?

MU Origin was the first title to draw mobile game developers’ attention to the MMORPG genre, thanks to its huge success.

The industry was shocked when the game set a record of 80,000 concurrent users on its launch day. The game sat in the top five sales rankings for more than a year and today is still in the top 10.

Webzen, the title's publisher, earned $43 million in nine months in 2015 from MU Origin alone, and it became the first mobile MMORPG that achieved such huge success.

The 'weapon' that makes this game so successful lies in the ‘winner takes all’ rule.

It lets players compete with other as much as they like, and and is similar to Chinese mobile RPGs. It supports auto-combat, leveling characters and equipment, while players can also get more XP and finish quests that they might have skipped by using cash items.

In MU Origin, only the strongest can travel into the dungeons where players can obtain high grade equipment. A player who manages to deal the most damage to a dungeon boss also takes all the rewards at the end.

This user could get several epic grade pieces of equipment, and sell some of this through the auction house to make more cash. That cash helps a player grow much faster than others, fitting with the 'winner takes all' rule.

When this rule is applied to MMORPGs, users invest a lot in their character and are willing to compete to get the best rewards. This tremendous synergy was created by mixing the ‘winner takes all rule’ and ‘pay-to-win system’.

The formula that has made MU Origin successful still influences many mobile games today.

Chon Myung was released in March, 2016, and has been successful enough to stay within the top 20 charts. It has a similar system as Mu Origin, however, the game offers competition not only among individual users but also among groups.

500 vs 500 scale Real vs Realm (RVR) is the main element of the game. If the group you belong to wins against another group, the entire group could take the various benefits that come with victory.

Swords and Magic was released in May, 2016. The game interprets the mobile MMORPG differently by trying to deliver the look and feel of a PC MMORPG.

Because mobile MMORPGs are optimised for the mobile environment, they can often look like a scaled-down version of their PC counterparts.

However, Swords and Magic offers quality graphics as well as similar quests and the ability for players to team up with others to take on dungeons, much like a PC MMORPG.

Lineage 2: Revolution is a combination of all the above games and feature sets.

In the title, monsters are getting stronger faster than the players. Initially users experience difficulties after playing for one or two days and must find a way to become stronger. However, chances are limited, though users can increase their chances through in-app purchases.

Despite the availability of IAPs, a single person can not win against many enemies on their own, even if they have equipped the best items in the game.

That leads users to find a group to play alongside. Unlike Chon Myung, the scale of each group is much smaller, so the relationship between players in a group is much tighter.

All these options led the game to earn US $178.5M within just a month.

So what could we expect from the next generation of mobile MMORPGs?

First, more mobile MMORPGs will provide the experience that users are used to getting when they play PC MMORPGs.

Icarus Mobile will be very much like the original PC version, while Mir Mobile provides life-style contents as well as hidden quests. Lineage M will bring most of the original content from Lineage itself.

Second, more mobile MMORPG IPs will come from not only online PC games, but also mobile itself.

Hit mobile games like Seven Knights and Summoners War will soon have versions more akin to the MMORPG genre.