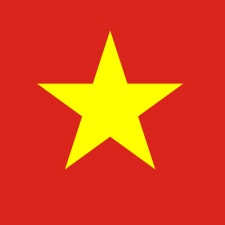 With a population of more than 95 million and the world’s fastest growing mobile games market, Vietnam is worth a serious look from any mobile developer.

To that end, we took a look at the recent rankings to provide a snapshot of the important trends in Vietnam’s mobile games market.*

Chinese developers have been able to do well in these genres due to Vietnamese gamers having a preference for Chinese style influence over graphics and UI. This goes back to Chinese PC games performing well in Vietnam and this has given Chinese developers an advantage in this market.

The highest grossing game in Vietnam is Lords Mobile from IGG, a real-time strategy title that allows players to build up an empire and take on opponents.

Chinese developer IGG has focused on localisation and strong promotion in Vietnam to become more popular than similar games like Supercell's Clash of Clans. Clash of Kings from Elex Wireless, a Chinese developer, is another game in this genre that has done well in Vietnam.

It can be challenging for overseas companies to find success in Vietnam. Niko Partners’ recent 2017 Southeast Asia Mobile Games Market Report and Forecast states that taking the time to learn what works in Vietnam is essential.

Localisation into Vietnamese, implementing Chinese influences such as graphic style and user interface, as well as adding social and multiplayer elements to games, can go a long way.

The MOBA genre continues to grow

While traditional genres such as MMO, RPG and strategy still dominate the charts, it’s important to note that the market continues to evolve and grow as smartphone adoption increases and new younger gamers enter the ecosystem looking for more social and competitive games.

The MOBA genre, which was popularised on PC by games like League of Legends, has now found its way onto mobile and is becoming a strong growth driver.

Arena of Valor, known as Honor of Kings in China, is co-developed by Tencent Games and Garena, and published by Garena in Southeast Asia.

Honor of Kings is a smash hit in China, where more than 50 million users play every day, and Garena has been able to localise and successfully publish the game in Vietnam.

The game encourages users to spend more than titles in other genres, which has allowed it to be the second highest grossing game in the country.

A large majority of gamers simply do not spend on mobile games and this is why the download chart is dominated by casual games.

One other successful game in this genre is War Robots which is a MOBA shooter. All three games are driving the genre in this market and we expect to see the MOBA genre continue to grow over the next few years.

NetEase has developed a mobile battle royale game called Rules of Survival. The game is very similar to Playerunknown’s Battlegrounds (PUBG) on PC, but is optimised for mobile devices.

With less than a month on the market, the game was the number three most downloaded mobile title in November, which shows just how much demand there Is for a mobile battle royale experience.

Elex has also created a standalone battle royale game called Last Battleground: Survival. Both NetEase and Elex have focused on building a large user base before monetising, though Elex recently added a store to its game that allows users to buy cosmetic items.

Vietnam has one of the lowest ARPU in the region due to low spending habits and a preference for genres that don’t encourage high spend.

A large majority of gamers simply do not spend on mobile games and this is why the download chart is dominated by casual games like My Talking Tom and My Talking Angela, alongside games like Subway Surfers and Zombie Tsunami.

One casual title that has found success in Vietnam on the grossing charts is Roblox, a sandbox that allows players to create their own worlds and games using bricks.

The title is primarily aimed at a younger audience and with more and more younger gamers coming online, it’s no surprise that Roblox has seen strong growth this year, especially with its global success too.

Vietnam’s mobile market was first thrust into the spotlight back in 2013 when Dong Nguyen developed and released Flappy Bird for mobile devices.

Since then, a number of Vietnamese game studios such as VNG, VTC, Funtap, Gamota and more have made a name for themselves. VNG is currently the most successful Vietnamese publisher with three games across the top 10 download and revenue charts.

360mobi Ngôi Sao Bộ Lạc is a casual mobile game with a competitive element. Three sides compete to defeat each other and collect as many items to eat in a six minute match.

Gunny Mobi meanwhile is an artiliary game similar to the Worms series of games, which also has a social and competitive element. ICá - Ban Ca Online is a casual title that simulates a fishing coin game.

These type of games, which have gambling elements, are popular in Asia.

*SEA countries also have third-party Android stores so the Google Play figure is not 100 per cent reflective of the total Android market.