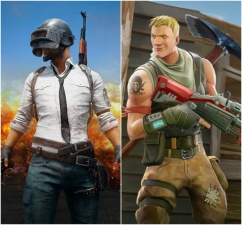 It's not exactly a shock that PUBG Corp has gone legal against Epic Games.

There was a fair bit of sabre rattling back in September ahead of the launch of Fortnite: Battle Royale and the South Korea-based games firm has already filed lawsuits against NetEase for its own battle royale games.

It's unclear yet whether the case will actually go to trial; the lawsuit was filed in South Korea back in January, according to The Korea Times, and it remains to be seen whether a judge will actually take the case. As far as we can tell, Epic hasn't filed a motion to dismiss either, so it could well go to trial.

Right now, much ink has been spilt mocking PUBG Corp's decision to file such a lawsuit, but not much has been spent discussing what happens if the company actually wins.

The meat of the lawsuit is that Epic infringed Playerunknown's Battlegrounds' copyright by releasing a battle royale game in Fortnite.

Presumably, this means that it feels it has some ownership of many of the mechanics employed in what we now know as battle royale; 100 players are dropped onto a map and have to fight to the death as the play area closes.

Thus, if PUBG Corp is vindicated and wins against Epic a strange precedent will be set; developers will be unable to borrow mechanics from other games and innovate upon them, lest they face legal action.

Creative director Brendan Greene has in the past argued that games need better protection to stop 'copycat' projects.

Check out the full article on our sister-site PCGamesInsider.biz.