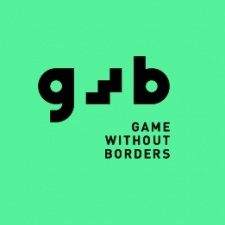 Tencent Games is on the hunt for new developers to partner with as part of its Games Without Borders initiative.

The Tencent Institute of Games, a division of the Interactive Entertainment Group, is proud to present the Game Without Borders (GWB) initiative. GWB is an official platform built by the Institute that is seeking innovative games developers around the world.

The platform includes services such as the GWB Game Awards Roadshow and consultative teams.

They will protect, foster and promote outstanding games through close cooperation with global creative teams, industry veterans and media.

This pool of talent aims to provide expert consultation, market testing and other needed resources for standout games.

Tencent is known for being a leader in the Chinese games market, but it also wants to step up its overseas operation. And it can do so by helping amazing games break into the Chinese market, thus raising the stature of both the company and the product.

To that end, Tencent is on the hunt for developers to partner with, lending its vast resources and support networks to studios based anywhere in the world as their publisher.

Tencent is looking for games across myriad platforms, including PC, mobile and HTML5. They can be single-player or multiplayer - whatever is new, innovative, and great. We want to reward and nurture talented development teams.

GWB can provide a variety of services for dev teams in China including netcode optimisation, server capacity and localisation support.

Developers who are interested in working with Tencent can submit their projects to the Games Without Borders website.

Once submitted, Tencent will evaluate the game internally and provide feedback.

Previous partners Tencent has worked with include Bluehole and PUBG Corp. It became an exclusive partner for Playerunknown’s Battlegrounds in China, and later on it successfully co-published PUBG Mobile. The title has been nominated for Game of the Year at the Pocket Gamer Mobile Games Awards in association with Game Insight.

More than 10 games were discovered and subsequently published/operated by Tencent through this venue in 2018.

The Tencent Games Innovation Competition held by the Tencent Institute of Games along with the A.C.E Program, and WeGame aims to discover truly special indie games from around the world.

This year, the newly upgraded GWB Game Awards, in partnership with INTEL, SONY, and other major players in the industry, will head the search for the next great game. The Awards will begin online registration in March. Please see more details regarding the competition here.

The Tencent Institute of Games, along with Tencent’s publishing departments, will be running a Games Roadshow throughout 2019. Here Tencent hopes to find new partners in all manners of different endeavours.

Developers can meet The Institute in person at the Tencent booth during Pocket Gamer Connects London on January 21st to 22nd.

For more details regarding Tencent’s publishing services and Games Without Borders please visit the company website.