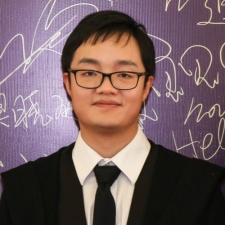 Although COVID-19 is now spreading around the world, the expected performance of the global mobile game market in 2020 is still very high.

According to Sensor Tower, in 2019, the total estimated revenue of global mobile games for App Store and Google Play (Chinese Android app stores are excluded) reached $6.17 billion, which has increased 14.8% from 2018. Based on an analysis of Chinese third-party Android app stores, App Annie predicts that the global mobile game market will reach $100 billion in 2020.

As a global ad mediation platform, TopOn compared the user acquisition costs and the eCPM data of major ad formats between major countries and China in February, and used Woodturning 3D and Sunny Pig Fun as case studies of the two markets to reflect the similarities and differences.

Casual games have seen new changes in Q1 in 2020, whether in the global market or the Chinese market.

In February, the most popular game in the global market was Woodturning 3D, which has gameplay similar to a popular video on YouTube. The hypercasual genre has entered stage 3 - getting inspiration from real life.

Comparing these two games, they have many similarities:

a. For the product level.
They are close to real life and have localized characteristics, shorten the distance with players through matching their interests, and are very easy to learn and play, with simple and direct operations. Players can do it all with only one finger.

Both of the games have also considered their sustainability. They combine simple playing methods with the games' internal growth system and value system to extend users' interest and freshness, increase the playing time.

There are also several differences:

Sunny Pig Farm, outside of its traditional monetization, has added a localized characteristic – the 'red packet' mode. Increased playing time and attracting users to invite more friends to join by using the players’ desire for making money. The developers have designed seven ad scenarios to stimulate it.

Woodturning 3D takes its interesting playing method as its core to guarantee the long-term retention rate and attract more users through its reputation.

Interstitials are more frequent, and users will watch 2-3 advertisements while completing one entire sculpturing process. Furthermore, the cross-promotion feature has been added to acquire more free new users for the developer's catalogue of games.

These two games have profound implications to help developers understand the global market and the Chinese market.

Products: A straw shows which way the wind blows. Themes that are closer to life which are more attractive for both Chinese & global markets. Simple operations & easy playing methods can quickly chase and keep player. The value of players can be further explored through game numerical control and sustainable scenarios.

Good games will become popular around the world. Take Voodoo's Woodturning 3D as an example, which is very popular in China as well. A local distributor has published it in Chinese app stores on behalf of Voodoo and earned lots of profit as a result.

Monetization: As for the designs of in-app advertising scenarios and formats, they are quite similar with each other in both the Chinese & global markets. Gaining new users for your catalogue of games through cross-promotion could be widely used as well.

Localization is a key part for publishing. Of course, the requirements for casual & hypercasual games are lower than midcore & hardcore games.

One point should be noted that localization is not only limited to the product itself. It also contains:

Policies and local app stores: In China, the government controls the key parts of the game distribution process. Also, there are various app stores for Android apps except Google Play.

User acquisition: Different app stores have their own UA channels. Even for the open market, the ways and channels to gain new users are quite different from non-Chinese markets.

TopOn is an ad mediation platform that helps global app developers to move to the next ad monetization stage. You will find a perfect fit for your monetization strategy through marvelous advanced features like Real-time Header Bidding, A/B Test, Segment Management and Cross Promotion.

TopOn has cooperated with lots of game developers and studios, including JoyPac, Joytap Games, Leiting Games, Tiptop, Cybergate, MiniPlay etc. There are over 2,000 games and more than 60 million accumulated users are using TopOn right now. Do not hesitate to try us immediately. Find out more at www.toponad.com.