Understanding the impacts of the China iOS ISBN requirements with MyGamez 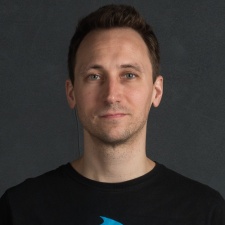 Mikael is native of Finland and has been working and doing business in China since 2004. He started his China career with Finpro, Finland Trade Center, assisting Finnish ICT companies in China market. In 2008 he founded his first company, Posse Ltd, which has since provided numerous leading European handset and mobile VAS related companies with market entry, business development, and sales representative services.

Mikael Leinonen is the CEO of MyGamez. This article first appeared on MyGamez' blog.

For anyone following the market this did not come as a surprise, as the platform warned developers about this already in February.

Since the big regulation update in 2016, which brought along the requirement for all games to get ISBN license prior publishing in China, the Chinese regulator has gradually implemented the new regulatory requirements on the country’s massive Android market, causing publishers to adapt into ever-tightening regulatory environment.

This has caused many developers to opt out from publishing their games on the more strictly regulated Android market and simply enjoy their China iOS revenues without ISBN approval. Now those sweet days of dancing on the regulatory gray area are officially over.

With no official announcement from the Chinese regulator on the matter and Apple’s very limited announcement only making reference to new game submissions, the hot topic of the past 6 months (as hot as any non-Covid topic can be) has been speculations on what will happen to those “old games” with no ISBN already in China App Store and whether the government would make any exceptions, perhaps allowing those games to stay live while applying for the ISBN.

It turns out that the less-positive scenario is happening, with older games being removed from the App Store and no exceptions coming for ISBN application process. This is a big bucket of cold water on any publishers making substantial revenues form China iOS without ISBN.

So what does this mean on the grand scale of things? According to Chinese data service QiMai over 5425 games have been de-listed from the App Store from 1st to 14th July.

Further, Apple added note in their developer console urging publishers to provide ISBN approval and further stating that “After July 31, your game will no longer be available on the App Store in mainland until an approval number is provided with your next submission”. Huh, that is a pretty clear message and we no longer need to speculate with rumours!

The number of premium or IAP based games on China App Store greatly exceeds the total number of ISBN licenses granted to date (and many of those are ISBN for dead games) and Apple is facing the task of removing thousands or perhaps tens of thousands games from China App Store. With China being the top market for App Store game revenues, this will obviously cause massive loss of revenues to Apple.

Trying to predict the future is a mug's game, but let’s anyway play around with the more grim scenario for Apple in China.

Apple’s smartphone market share in China hasn’t exactly been triumphing over the past few years, with its share of quarterly smartphone shipments in China mostly staying below 10% (according to Counterpoint Research China Smartphone Quarterly Market Data 2019Q1 – 2020Q1 report), it is likely that losing the advantage of unrestricted App Store game offering will further even the playing field to the benefit of local smartphone brands like Huawei, Oppo, Vivo and Xiaomi, who in turn have been experiencing steady growth with their locally appealing Android devices and have, during the past three years, become the leading Android game and app marketplaces alongside the internet giant Tencent.

Adding to that the economy slowdown caused by Covid-19 (China’s GDP growth now down to 1% from the predicted 6%), the ever so great optimism of Chinese consumers will be tested and premium products like Apple iPhone could be the ones suffering the most.

Oh, and did I mention the growing patriotic sentiment among Chinese consumers that has already driven many smartphone buyers to prefer local brands? And while it’s fair to say that finally iOS is now following the same set of rules in China that Android marketplaces have been following since early 2017, some may still view this latests App Store ISBN requirement move as a trade war sucker punch targeted at the most valuable US tech company, following Huawei’s treatment in the west.

India just recently banned ByteDance’s TikTok service in the country and the US moving closer to elections might be prone to make some big show-off moves as well. If iPhone market share shrinks and the US-China relations further escalate into targeting individual businesses, Apple and its App Store might be up for really rough ride in China.

The current scrutiny by Chinese regulator is targeted at games earning revenues through end-user payments and so far the ISBN requirement hasn’t been implemented for games that rely fully on ad monetisation. In other words, your ad funded game would still be able to be published in China without ISBN, at least for now.

However, the leading Chinese UA platforms like ByteDance and Tencent social ads will now be forced to check their customers’ ISBN status and can only run campaigns for games with proof of approvals. This is not good news for hyper casual publishers, who will now be limited to acquiring their Chinese users through non-Chinese platforms only.

If the regulation is later implemented with ad funded games as well (and there are some rumours about this, of course), it would simply be the death of the fast paced hyper casual game publishing in China.

And for individual game companies?

If you’re one of the smart ones who have secured their ISBN license early on (and lucky enough to get it before the process got really slow), you’re now entering a sweet period of capitalising the returns of your far-sighted investment.

For sure, many of the top grossing games have their ISBN license secured and they won’t be affected, but still: A lot of the competition will be gone literally overnight and for anyone providing decent user experience to Chinese players the chances of getting featuring will be massively increased.

Now the Chinese players will have much much less choices for spending their time and money and UA cost will likely plummet (With iOS 14 IDFA changes just around the corner, it might be better to leave UA cost predictions to experts).

For any foreign developers with ISBN, it’s now time to make sure you have your game servers inside the Great Firewall, your content and live ops road maps are tailored for Chinese players and you’re providing them best possible user experience and customer care and community management in the way locals do it.

And bit of promotion here: MyGamez is providing all of this as a service to our customers, enabling them to bring their China publishing up to par with local publishers, without upfront investments and steep learning curve.

For any great games out there without ISBN: The opportunity to publish and succeed in the world’s largest mobile gaming market is still there, but now it’s time for serious consideration whether you actually want to enter the market or not. You need to be clear about this: It’s yes or no, trying to do something in between will simply waste your efforts.

If your answer is NO, then be conscious and cool about saying NO to the potential of some 25% of the global mobile gaming revenues and put your full efforts into achieving that growth in your current markets. Not a bad strategy for many, but be prepared for the increased competition from Chinese publishers who are certainly not limiting their growth to their home market.

If your answer is bold YES (or a hesitant “maybe… let me think about it”), then remember this: Your growth potential in China is just as big as it is in the US market, but you absolutely need to start approaching China with a long-term perspective and solid strategy.

First, you need to build the China regulatory and market requirements into your game design process and you need to start applying ISBN very early on, already in your game’s soft launch phase.

Secondly, you need to move away from the “throw it against the wall and see if it sticks” mindset so common amongst western publishers and start serving your Chinese players as they deserve.

And last but not least, find a close partner who supports you on all the essential areas and offers you a business model that enables sustainable long term China growth strategy and high returns for your investment.

The previous years’ minimum guarantee and license fee deal shopping circus never worked very well for the developers in the first place, but now more than ever it’s time to reconsider how China should be approached.

MyGamez is here for all the developers who are taking their China growth potential seriously, so please do contact us to learn how we can help you.