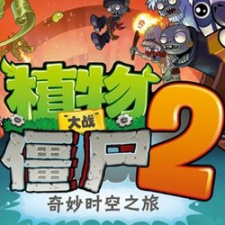 Everyone knows that the Chinese mobile game market is now the biggest in terms of downloads, and will likely overtake the US as the #2 most lucrative market in 2014.

The answer is localisation, culturalisation and working with a trusted partner - that's the conclusion from the latest data from Chinese app store Wandoujia (Sweet Pea).

It's looked at the top downloads from foreign-developed games on its app store during the first six months of 2014.

It labels all of the top six as having a local publisher.

(In the case of Plants vs. Zombies 2, it's listed as having a local studio thanks to the input of EA's local PopCap China studio, which handles all EA's mobile releases in China.)

As for the next five games, all are western-developed but released by local publishers such as TalkWeb, iDreamsky and Yodo1, with significant rebranding of artwork for local tastes.

Reply
Ennoia Ballard
Yeah, and the 17th page of the report made by wandoujia also mentioned MineCraft is the No.8 fastest growing game in China, but wandoujia only provide a piracy download link for this game.

On which Earth wandoujia can be trusted by western media as a reliable source? Do you even know what is that? And do you know why all games on it is free to play even there's no official free to play version of them?
Posted 7 years, 10 months ago

Reply
jon jordan
I don't know about the Minecraft stuff, but the fact that the likes of SoftBank (Supercell) has invested $120 million in Wandoujia suggests - to me, at least - that it's a proper and decent company.

Reply
Ennoia Ballard
'Proper and decent company' represents a different meaning in Chinese, can you imagine the richest and biggest Chinese IT/game company Tencent still feature a NDS rom piracy download center on its own site? It still exist until now: http://games.qq.com/tvgame/09ndsrom/ndsalllist.htm, Check it with google translation if you can't read Chinese.

Piracy download is basically the most effective way to attract users, and this is how some Chinese companies start its own game business, meanwhile Tencent can abandon the dirty business and living well through many other ways, but Wandoujia can not and will never abandon piracy.

The main difference between Wandoujia and GooglePlay is you can never pay for anything on Wandoujia, all payment method can only be achieved in IAP, if a game is pay to play, it have to be "pirate to play" on it. And of course it can get funding, because piracy attract users, and users could pay for anything except poor games being pirated.
Posted 7 years, 10 months ago