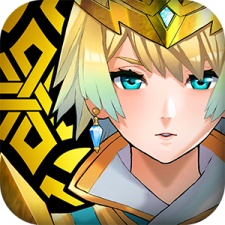 Almost two years from Nintendo’s first foray into mobile gaming, we now have a pretty good idea about its performance.

Back in March 2016, Nintendo and operations partner DeNA launched Miitomo, a test social network that was cute but lacked deep features or monetisation. It will be shut down in May.

It could be argued Nintendo’s first big mobile game - Super Mario Run - wasn’t much of an improvement either.

Launched with great fanfare on the App Store in December 2016, it was the first - and last - example of what Nintendo labelled its ‘free-to-start” philosophy, which was an attempt to fight back against the free-to-play model by locking the majority of the game behind a $10 paywall.

Purists loved the idea but the masses shunned it, didn’t spend $10 and gave the game many one-star reviews in the process.

Now 14 months on, even Nintendo has admitted that despite gaining over 200 million downloads - it was the most downloaded Google Play game of 2017 - Super Mario Run hasn’t reached an “acceptable profit point”.

Instead, it’s been the low-key Fire Emblem Heroes, which thanks to its standard F2P monetisation and well-understood RPG metagame, drives the bulk of Nintendo’s mobile revenues and profits.

Calculating exactly how much Nintendo makes from mobile games isn’t a straightforward process.

In its financials, it uses the odd category “Smart devices, IP related income, etcetera.” lumping together two business units that have nothing in common. Hence to estimate Nintendo’s mobile games revenue, we have to first estimate its IP related income.

In the absence of any other information about what this IP related income is, the simplest approach is to assume the highest level of IP-related income before Nintendo combined it with its mobile games revenue provides a baseline.

Hence, in the following graph, we just draw a line across and rebase the scale of the vertical axis, and note our estimates of Nintendo’s mobile game revenues are likely to be under-estimates.

What is very clear, however, is how the release of Nintendo’s three mobile games has impacted earnings.

Super Mario Run, which launched in Nintendo’s FY16 Q3 period, initially did well generating around $50 million. But as its sales declined, it was the release of Fire Emblem Heroes in the following quarter that took Nintendo’s quarterly mobile games sales to over $100 million.

In the following months, sales from the combination of the two drifted downwards, until the release of Animal Crossing: Pocket Camp in October 2017 kicked them back up, although not to the previous peak.

A rough estimate would suggest Animal Crossing did about $30 million in sales during its launch quarter.

Perhaps more interesting to see is the geographical spread of Nintendo’s mobile revenues.

Japan and North America are by far its key territories, swapping the top spot throughout 2017, with Europe and others insignificant.

Breaking out the figures in this way also shows Animal Crossing: Pocket Camp has been best received in Japan, which tallies with its current top grossing chart position. In Japan, the game is within the App Store top grossing 100, whereas in the US it’s currently just inside the top 500.

Conversely Fire Emblem Heroes has been equally popular in the US and Japan, sustaining a position within the top 100 grossing games chart in both and regularly peaking in the top 10.

As for the just-announced Mario Kart Tour, which is due sometime in the next 13 months, there are more questions than answers.

Given Super Mario Run’s performance, it would be very strange for Nintendo to revisit its ‘free-to-start’ philosophy, but given the most successful mobile racing games are drag racers such CSR Racing, it’s also difficult to imagine a typical Mario Kart gameplay experience working well as a F2P game.

But, post-Super Mario Run, that's the dilemma Nintendo has always faced. Stay true to the IP or maximise revenue opportunities.

Thankfully for Nintendo, the success of Switch means mobile gaming has gone from being a significant opportunity to a sideshow for the newly resurgent company, which posted sales up 180 per cent and whose stock just hit a 10-year hit.