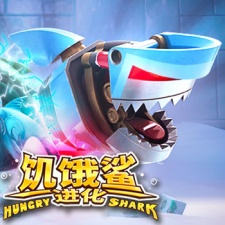 Leading Chinese mobile publisher OurPalm has entered into an agreement with Ubisoft to publish its games in China. The first release wil be Hungry Shark Evolution.

The Future Games of London-developed game has accrued nearly 80 million downloads since its 2013 release, and OurPalm will be hoping that its localised release to the Chinese market can achieve the same level of traction.

“Hungry Shark Evolution already has performed excellently in Europe and the United States, and we are aiming to bring it and more games from around the world to local Chinese gamers,” said OurPalm VP Chris Zhang.

Aurelien Palasse, Head of Publishing at Ubisoft in Greater China, adds that “[OurPalm] are an experienced publisher in China, and are committed to expanding the popularity and player base of Hungry Shark Evolution in this growing market.”