Opinion: Does Puzzle & Dragons prove that games can become platforms?

The dangers of global success 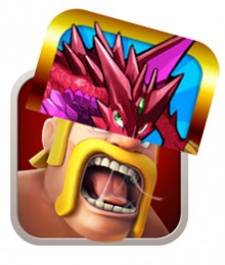 When talking about mobile gaming platforms, we used to refer to operating systems - iOS and Android; perhaps Amazon.

An alternative - more indie - conversation concerned networks like OpenFeint, Plus+, GREE and Scoreloop.

Maybe WhatsApp is next? Or maybe not.

The fact is that when it comes to cross-promotion, the latest mobile game platform might be the games themselves.

Way back in the early days of the App Store, we saw this with the cross-pollination of characters from Pocket God and Doodle Jump.

More recently, we've had the hook up between Supercell and GungHo Online that saw cross-promotion between Clash of Clans and Hay Day within Puzzle & Dragons (and vice versa).

It's been cited as a success with the Finnish games going big in Japan and the Japanese game finding players in Europe. That said, the suspicion is both parties have spent millions of dollars in terms of user acquisition to make sure the move was successful.

Nevertheless, GungHo Online seems keen to continue to offer up its game as a promotional tool for other companies.

Of course, if you're running the most lucrative - and heavily monetising - mobile game in the world, this sort of branded content update is not only good for business - we wonder what Rovio and Warner Bros. played for the privilege - but it's also fairly easy to do in terms of the style of game.

It would be more difficult for the likes of Clash of Clans and Candy Crush Saga but they are now so dominant as global brands, they've become even more valuable than the revenues they generate from their players.

Of course, there is the cautionary tale of Angry Birds, which was once the biggest mobile game brand in the world, but which is now fading - certainly as a merchandising brand - perhaps becoming a sub-brand of Star Wars in the process.

Maybe Angry Birds Go will vroom in to save the days.

But it's always dangerous when a company loses sight of what made a game (or a brand) so special in the first place. Merchandising is not a game, nor is becoming a cross-promotion platform a game.

That's something for GungHo, King and Rovio to ponder into 2014. As ever, I think Supercell already knows this.