Part 1: Behind the Great Wall with TalkingData 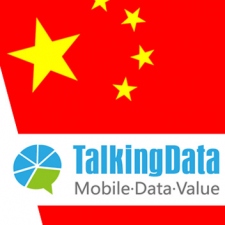 Prior to leading expansion efforts at TalkingData, he worked at renowned big data giants like BEA/Oracle leading its global efforts. Mr. Dai has a penchant for Big Data, the Golden State Warriors, and Phil Collins.

China's mobile gaming industry underwent an unprecedented explosive growth in 2013. Prior research discusses the numbers behind this growth at a high level, but few enumerate on the why.

What pivotal factors contributed to the growth? Let's take a look at the numbers.

As of the fourth quarter of 2013, the total number of mobile devices (smartphones and tablets) in use within China reached 550 million. Of those users, a staggering 528 million are mobile gamers.

This is to say, nearly all mobile devices in China have at least one mobile game installed.

Achieving this colossal reach did not happen over night. This phenomenon is a result of the complex app distribution ecosystem and the sheer number of distribution networks in China - pre-installs on Android devices, different carrier apps, the ubiquity of WeChat, and nearly every single mobile website and mobile app with their own app or game recommendation channel.

Unless you are a Chinese mobile phone owner and have had to misfortune to never have had played a single mobile game, chances are, your exposure to mobile games are a near-guarantee. Even a newly purchased device is likely to have pre-installed games along with the latest apps.

The rise of the gamer

The ubiquity of gaming can be measured and inferred through KPIs (Key Performance Indicators) like installs, DAU, etc. The trend is clear: more and more users are increasingly becoming as gamers at neck-break rates. As of the end of December, the number of gamers who have tried five games or more in Q4 was up 2.7 times of that in Q1.

In Q4 of 2013, the percentage of hardcore gamers (players who spent an hour or more on a mobile game per day) had increased to 28% that of all gamers, up 3 times of that in Q1. These trends indicate a maturing mobile gaming market in China with the penetration of paying versus non-paying ratio rising.

Where there are overlaps in playing and purchase habits in countries like Europe and the United States, Chinese gamer habits are unique. Unlike a majority of countries, China's consumer market did not enjoy the console gaming boom era. Consoles like PlayStation, Dreamcast, and Xbox were banned from being sold inside China for a decade. Only recently has this band been lifted.

During this period in China, the gaming market was predominantly led by PC games. The fight for market share was so fierce that gaming companies adopted a free-to-play model, whereby instead of profits being derived by sale of the actual game, it would instead be made through value-add services like the sale of virtual items. For years to come, gamers grew accustomed to play these online games entirely for free.

As of December 2013, of all mobile gamers in China, a cumulative 9.76% are paid users, which is 2.5 times greater than at the beginning of the year. The absolute number of payers has increased by more than 5 times. Roughly 80% of the profits for all the Chinese mobile gaming companies can be attributed to this seemingly small percentage. Also dubbed "whale users", Chinese game companies employ different methodologies to get users to spend.

Not only this, they also invite extremely competitive and powerful gamers to play together, increasing the competition and consequently increasing revenue.

2013 saw a massive effort in commoditizing the smartphone market, largely due to the sustained efforts of major corporations like Xiaomi, Huawei, and Lenovo providing cheap phones under 1000 Yuan ($160) leveraging the MediaTek MTK series chipset.

This effort has had a huge impact on the mobile OS market share increasing Android's share to iOS from 6:4 to 7:3. These mid-to-low end devices have accelerated the transition of feature phone to smartphone for Chinese mobile subscribers in second and third tier cities. This transition has also consequently opened access to smart phone gaming to millions of users who otherwise would not have due to socioeconomic barriers.

Even though the prices of devices like RedMi, built on MTK platform are not high, their device functionality support covers even the latest games.

Therefore, even though they use different devices of varying performance, in reality the Chinese gamers do not experience the content any differently. Aided by the fast spread of mid-to-low end Android devices, the revenues from mobile games on the Android platform in China have been continuously increasing.

As of the fourth quarter of 2013, revenues from mobile games on the Android platform has surpassed the incumbent Apple's iOS. Android has become the most profitable smart platform for mobile games in China which can be reflected by the growth rate of almost 10% in terms of revenue share by OS.

So what can game developers domestically in China as well as entrants abroad like in the United States and Europe do tap into a market with unprecedented massive revenue potential?

The most crucial thing is to understand who these players are, the games they play, and why they pay. After studying these behaviors, developers can make the appropriate adjustments to their game development strategy.

Stay tuned. In the next report, we will share our in-depth study of user behaviors on the following:

You can also discover more data on the Chinese mobile market in this handy infographic.