43 reasons why differentiation is the key challenge for Chinese developers 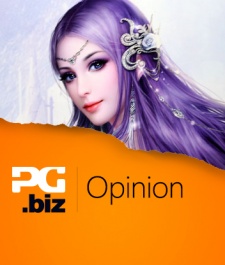 For geographical reasons, it's hard for non-natives to play a lot of Chinese mobile games.

But this isn't just about language localisation.

China is a market that's massively fragmented in terms of distribution; it's highly reliant on local Android app stores, which you just can't access internationally, even if you can deal with the language barriers.

Given that restriction, the title of this article may seem arrogant, and if this wasn't the sort of thing that Chinese developers are saying themselves, it would be.

There is another reason that Chinese mobile games tend to follow similar themes, both in terms of art and gameplay.

The mobile market is heavily influenced by the excising PC games market, and like that market, developers don't have a lot of power. Instead, the dominant market players are distributors and publishers.

These are businesses that focus on volume not quality. And even if one company does has a hit with a new concept, in a couple of months, all the main players will have their version.

But to cut the preamble - how to best demonstrate the situation?

It's probably not the most sophisticated approach but walking around the expo at the Global Mobile Games Congress 2014 in Beijing, one idea sprung to mind - there really are a lot of generic female characters in Chinese mobile games.

Even splitting them out into fantasy/realism, anime and cartoon grouping, none of the characters really stand out - apart from the bits of them that stand out.

(Note: This isnt a sexism in games debate. Thats something for another day. After all, this isnt an article entitled "86 reasons.... In that context, I w/could have chosen male characters or dragons, only there weren't so many of those on show so the power of the genericism would be diluted.)

Still, hopefully, during 2014, the Chinese mobile game industry will find its Lara Croft.

Welcome to the jungle: 10 challenges and opportunities in the Chinese mobile game market