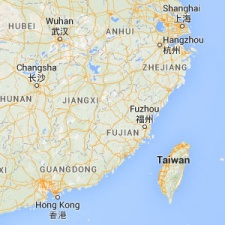 When it comes to expansion to Asia, all eyes tend to be on the big three dragons: China, Japan and Korea.

However, the booming Asian market is ripe with more opportunities that many tend to overlook.

In his Casual Connect Europe 2015 presentation, Stephen Lee, executive director of publishing at 6waves, focused on Hong Kong and Taiwan, two small but very dynamic countries that can't be treated as mere extension of mainland China.

The proportion of savvy gamers and mobile whales among them is unusually high, though.

Looking at the iOS country charts by revenue, Taiwan comes in at 10th place, sandwiched between the big nations that are Korea and Russia. Hong Kong is placed right under, at 12th position.

The Google Play charts are even more surprising: Taiwan is the 5th nation by revenue, topping United Kingdom and France, while Hong Kong comes in 10th position, higher than Spain, Italy or Russia.

Stephen Lee argues this is significant enough to cater to these markets specifically.

The cultural and commercial habits are very different in Taiwan and Hong Kong than in China, because of historic, economic, geographic and political factors.

In many aspects, Hong Kong is a lot more influenced by western culture than the mainland, given that there is no Great Firewall filtering the internet. So, instead of WeChat, Sina Weibo or QQ, you'll find that it's Facebook that dominates the Hong Kong social media landscape.

Taiwan is more of a mix of western, Chinese and Japanese influences. The dominating social network in Taiwan is LINE at the moment.

A snapshot of the top grossing games across Asian countries paints the situation better than a thousand words: you see a lot more western titles popping up, and very few top-grossing mobile games dominate more than one Asian country.

To illustrate his point, Stephen Lee delivered a thorough case study of the Hong Kong launch of Age of Three Kingdoms.

When bringing the game to Hong Kong, 6waves went through a tremendous amount of adaptation to make it fit with the local tastes.

The first key, demonstrates Stephen Lee, is to support the right social graph for your organic virality. Where it would be WeChat in China and Kakao Talk in Korea, in Hong Kong, Facebook is the right choice just like it would be out west.

To fully leverage Facebook, 6waves organized a pre-registration campaign targeting gamers on social media, as is also customary in Korea. People who registered their account in the game prior to launch were granted extra virtual currency as well as the exclusive use of a special character.

This pre-registration build-up helped Age of Three Kingdoms gain momentum ahead of launch, helping it to shoot right up the top 10 charts when it finally came live on the local App Store.

The second key is all about content culturalization. Different tastes and habits means you cannot bring content cross-border and hope it will carry the same impact.

6waves dressed local actors in the costumes of the game characters and filmed footage of them showing up at various iconic areas of Hong Kong, interacting with the crowds.

Some changes were also applied inside the game, both to the art style and to the script. Where mainland China speaks mostly Mandarin and also uses Simplified Chinese online, Cantonese is the spoken idiom in the streets of Hong Kong. And the slang is different than what it would be in other cities.

6waves made sure that all references, expressions and puns would fly with the local audience and would feel like "This is a Hong Kong game" as opposed to a Chinese game taken to Hong Kong.

When the text was fully polished, 6waves hired local actors to record a complete new voice-over track for all the in-game dialog and cut-scenes.

When talking to their Apple representative in Hong Kong, they made sure to insist on that point. And they also made sure to highlight it across all their advertising creatives.

The advertising assets were hyper-localized as well, to the point that different images were displayed in the Facebook Ads column, depending on the user's neighborhood.

To support the launch of the game, 6waves turned to influencer marketing and grass-root events.

Local stars, from the television, music or cinema industries were online spokespersons for the game across social media and YouTube.

"Asian cities are very dense, which gives these ads a lot of eyeballs" says Lee.

As a matter of fact, the MTR railway carries an average of 4.5 million people a day, which represents roughly 70% of the national population.

"All this for a mobile game launch in Hong Kong!" as the European business man sitting next to me exclaimed during the presentation.

Last but not least, in-game economics, monetization models and the pace of content updates must also be tailored to local expectations. One striking example is how pay-to-win - frowned upon out west - is a totally admissible thing in Asia.

In fact, payers are expected to be treated like VIPs, who get to unleash the full scope of the game.

Pay-to-win is a totally admissible thing in Asia.

A well accepted and highly yielding mechanic in the region, the gacha system has been integrated in the game. Certain rare characters can only be obtained by entering into a weekly lottery and certain even rarer, even more powerful characters are added to the lottery pool for a limited time only, creating a surge in purchases when they are.

This in essence is the gacha system. Consecutive-day purchases are also gradually rewarded.

If you feel like there is a lot going on at this point, that's because there is. The whole game is actually treated as a live ops type of business.

Updates are much more frequent than what we are accustomed to in other regions. They are only a few weeks apart and the sentiment of novelty never dies for the users, which are known to be quite volatile in this region.

This live ops mentality is also pervasive in the customer service department, where each troubleshooting request is dealt with as swiftly as possible and always includes some form of generous compensation or another.

When approached by foreign publishers and developers, many Chinese distributors will require Greater China as the territory covered by the agreement. This legally includes Hong Kong and Taiwan.

Stephen Lee strongly advises to carve these territories out of the contract you are signing for China and to trust a local partner that really knows these specific markets instead.

When considering the extensive efforts that have been given to the regional launch of Age of Three Kingdoms, it seems that the man has a point.