The best of The Big Indie Pitch 2018 - Defenoid 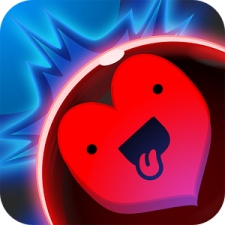 The last 12 months have been one heck of a ride for our regular Big Indie Pitch competition. We’ve seen some incredible games and given the judges some very tough decisions to make. In fact, the most recent winner at Pocket Gamer Connects Helsinki 2018 was only crowned after one of the most intense and divided judging sessions we've ever seen.

Next up in our global indie tour is our first ever South Korea pitch, which took place in Busan, South Korea, as a part of the 2017 G-STAR conference. This pitch was incredibly insightful, as we saw a range of unique and interesting ideas from one of the world's fastest growing and most important regions for mobile gaming.

Developed by MMZZUU, Defenoid appears a rather simple game where players use one-touch controls to avoid fire and destroy enemies, all without leaving the boundaries of the small stage. But once the bullets start flying, this game is anything but simple, and is incredibly fun to play.

It also turns the normal idea of gaming on its head, by having your main focus to be on defending yourself and using the enemy's power against them, rather you going on the offensive yourself.

Defenoid impressed the judges and was a worthy winner. You can find out more about developer MMZZUU in our interview with the lead developer from February.

However, Defenoid wasn't the only game that drew the judges' praise. You can read about all the games which entered in South Korea on our sister site PocketGamer.co.uk. Who knows? One of the top three there could be taking away a prize this November when we return to South Korea for The Big Indie Awards 2018, in association with G-STAR.