The best of The Big Indie Pitch 2018 - Defend The Cake 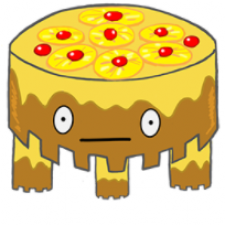 Next up in our retrospective of the global indie tour is our second bumper edition Very Big Indie Pitch of the year, which we hosted as a part of Pocket Gamer Connects San Francisco 2018.

Once again, this pitch saw a high number of high-quality entrants, making this once again another extremely competitive pitch. One in which 21 developers battled for the right to be called the winner of The Very Big Indie Pitch.

However, of these the one game that stood above the rest was...

From a team of former Blizzard and Riot developers comes Defend the Cake, a cute and tactical tower defence game. Take your time planning a maze of toast walls and delicious defences. Then get ready to deploy your Eggbird minions in real-time to power-up your defences and fend off the invading armies of bugs.

All in all, Defend The Cake features intense and unique tower defence gameplay that requires tactical timing alongside strategic thinking in order to defend your delicious dessert from the onslaught of hungry bugs.

Defend The Cake also includes other features such as a day/night cycle, in order to differentiate itself from the other games in the competitive tower defence genre.

Defend The Cake impressed the judges and was a worthy winner. You can find out more about the developer of this unique tower defence title in our recent interview with the lead developer.

However, Defend The Cake wasn't the only game that drew the judges' praise. You can read about all the games which made it to the pitching stage in San Francisco on our sister site PocketGamer.co.uk. Who knows? One of the top three there could be taking away a prize at The Big Indie Awards 2018, in association with G-STAR, this November.