We take a look back at the winner of our 2018 Big Indie Pitch in LA, which took place during E3 week 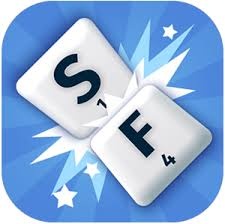 Next up in our retrospective of the global indie tour is a trip to Los Angeles to host The Big Indie Pitch during the biggest week in all of gaming. This pitch saw indies of all shapes and sizes showcase a diverse range of gamesto our judges, all battling to be crowned the winner of The Big Indie Pitch.

Spellfast The Cake by Built Games

In Spellfast players must create words from the letters that they have in their tile racks, before propelling them towards their opponent to deal damage in this real-time multiplayer word game. The more obscure and difficult the word, the more damage you do.

However, that's not all, as players can also use their words in order to defend themselves from those that are being hurled in their direction by their opponent. Keep firing those three-to-eight letter words, as only one player can be left standing at the end of the battle.

Spellfast impressed the judges and was a worthy winner. However, Spellfast wasn't the only game that drew the judges' praise.

You can read about all the games which pitched in Los Angeles on our sister site PocketGamer.co.uk. Who knows? One of the top three there could be taking away a prize at The Big Indie Awards 2018, in association with G-STAR, this November.