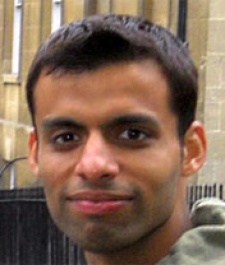 May 28th, 2013 - 01:26pm
By Jon Jordan, Contributing Editor
The chatter about the Chinese mobile market is now a constant roar.

But next to the dragon sits the tiger.

India, the world's biggest democracy, is predicted to be the world's most populous country by 2030.

It also has a very strong IT sector, but is yet to make its mark in the mobile and/or games business.

Still, there are plenty of Indian start-ups making their move.

We caught up with CreatioSoft's co-founder Ankit Agrawal to find out more about the company and the environment.

Pocket Gamer: Can you provide us some background on CreatioSoft?

Ankit Agrawal: CreatioSoft is two year-old mobile company, which has expanded from three co-founders to 30 members of staff.

We have published around 100 apps on Google Play that have been downloaded more than 10 million times, and we have around 5 million monthly active users, mainly from United States, India, Russia, and European countries such as UK, France and Spain.

We uses technologies such as Android, HTML5, Libgdx for 2D games, Unity 3D and Adobe Flash.

You've developed most of your games for Android, so why is that your favourite platform?

We have developed most of our apps on Android, and have recently started working on iOS, Windows, Blackberry too.

We chose Android initially based on the platform's global market share, but there were additional reasons.

So how do the likes of BlackBerry 10 and Windows Phone compare?

We've only done 4-5 apps on BlackBerry so it's too early to judge.

We have worked on Windows but even having more than 500,000 downloads, the revenue is far less than expected.

As an Indian developer, are you more focused on the domestic market or western countries?

We develop apps and games for the audience in all countries including US, UK and India. For work-for-hire projects, the majority of our clients are Indian.

Run Panda Run: Joyride Racing is your most recent game. What's the reaction been to its release? 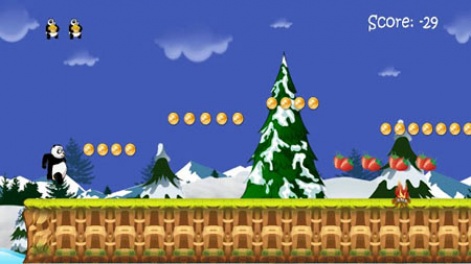 It was a trending app in Russia, currently it has more than 100,000 active users. It's also performing reasonably well on iOS.

Why do you think it's been successful in Russia?

Russian market is big, growing market for mobile users. Even though pandas are mainly found in China, they're friendly characters throughout the world, especially Russia.

What's it like being an Indian mobile developer? Is it easy to hire good staff? What sort of support can you get from the government?

Our development team is highly efficient but faced some problems at the start in terms of getting graphics and creative staff.

And the Indian government is very helpful in promoting start-ups.

What games should we expect next from CreatioSoft?

You can expect multiple games of a wide variety. We are working on an exciting 3D runner game along the lines of Temple Run and Subway Surfers.

We are also working on gravity-based puzzler that will test your brains.

Thanks to Ankit for his time.

You can see what CreatioSoft Solutions gets up to next via its website.