And how western devs can get their slice of the action

September 3rd, 2013 - 02:46am
By Jon Jordan, Contributing Editor
At the recent ChinaJoy 2013 conference, Chen Jie, VP of Qihoo 360 was passionate in her views on Chinese app distribution.

And if the company's Q2 2013 financials are anything to go by, it's a strategy which is now paying off.

So a good opportunity then to find out more about the Chinese mobile distribution giant's plans.

Pocket Gamer: Why are mobile games important for Qihoo 360?

Chen Jie: Mobile games are a strategic business for 360. China has the largest population of mobile phone users (about 1 billion users). These users are rapidly changing into smartphone users, and they have a lot of time to play games.

Pocket Gamer: How is the Chinese mobile games market changing?

Over the past year, the domestic game market enjoyed the explosive development and 360's mobile game business is growing at a fast pace too, as we have grown into China's No. 1 mobile game platform.

Our platform has launched several products with a monthly sales of over RMB 10 million ($1.6 million).

Qihoo 360 is growing in importance as a discovery channel of mobile games so what plans do you have to increase your audience size and point them towards the highest quality games?

Today, we have grown from a start-up to one of the largest internet companies in China. Our success can be attributed to our emphasis of user experience. We'll make persistent efforts to introduce high-quality contents and expose these games via our promotion activities. 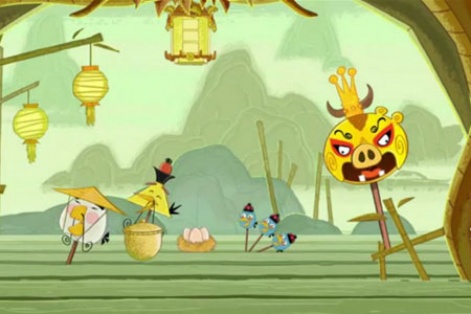 Meanwhile, we have a huge user base of 461 million users on PC, about 96 percent of the domestic internet users. As many Chinese users download apps through their PCs, we expect more and more of our PC users will join our mobile game platform too.

At the World Mobile Game Conference in Shanghai, you said Chinese mobile developers need to focus more on quality. Can Qihoo 360 give any advice?

We suggest that game developers pay more attention to their users' feedback. In our opinion, the most important indicator for game operations is the retention ratio.

Our operation and customer service team provide game developers with localization suggestions, and monitor operational data to enhance the retention ratio by working together with game developers.

The Chinese app distribution market is consolidating quickly. How is Qihoo 360 looking to stay ahead of its competition?

360 Mobile Assistant is now China's largest Android market, with about 40 percent market share. When compared to other markets, it provides three advantages.

First, our platform is very safe. Since we started out as an internet security company, we attach much importance to security. All the apps on our platform must undergo a rigorous security check. For instance, we launched the service of Compensation First on 15 March 2013 to make compensation in advance for those users whose have game fees deducted for no acceptable reason.

Second, our platform is highly accessible. 360 has nothing to do with game development, but is responsible only for platform operation. Based on this, developers give us their games. Now, our game partners include WeMade, DeNA and Rovio. Since we can provide a satisfactory environment for developers, such world-renowned companies are willing to cooperate with us.

Third, 360 Mobile Assistant is not just an Android market. We also have a professional operations team of mobile games. We can provide suggestions about operation and marketing and around-the-clock service.

We'll provide localization service and suggestions about how to satisfy local demands for the mid- and small-sized game developers or those foreign game developers with no subsidiaries in China.

One of the big distribution trends in Asia is the rise of channels such as Kakao, LINE and WeChat. Are you worried that these will start to dominate the market?

We're different from such social platforms. 360 Mobile Assistant is more like China's Google Play. In fact, although mobile games from South Korea use with KakaoTalk's SDK, Google Play is still a major channel for promotion.

Yet, we differ from Google Play. For example, this year we introduced the buddylist SDK based on addressbookto social games. For example, Wind Runner (which uses KakaoTalk in Korea), was launched in China with our buddylist. 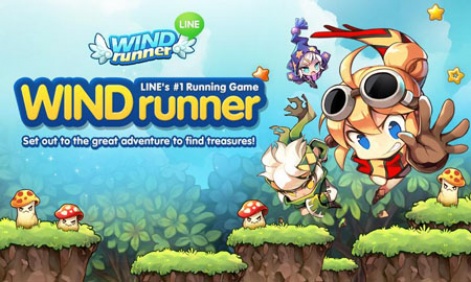 Wind Runner has been big in Korea with Kakao, big in Japan with LINE, and now big in China with 360

Within one month of launch, it had been downloaded more than 10 million times. Over the past months, we've seen more and more games that use KakaoTalk in Korea choose 360 Mobile Assistant as their launch platform in China.

Do you think that Qihoo 360 would ever start making games as some other Chinese distribution channels do?

360 has never changed from its operational strategy of 'zero internal game development'. We have nothing to do with content development.

What partnerships do you have with western developers?

We've formed partnership with many game developers such as EA/PopCap, Glu Mobile, Gameloft, Rovio, Zynga, WeMade, CJ E&M, Gamevil and SEGA. Many of them have chosen us to be their strategic partner in China.

For example, we distributed Angry Birds to over 10 million users in two months, contributing 10 percent of the global download of Angry Bird Space for Rovio.

We've also formed strategic partnerships with game engines such as Unity. We built a special zone on our platform for game developers to launch games developed with Unity so 3D games fans could easily find these titles.

In what ways do you think Chinese mobile gamers are different to western ones?

Chinese game players don't like to pay per download, so we suggested that games such as Angry Birds change from premium model to IAP model for the Chinese market.

Also, in South Korea WeMade's Wind Runner required an internet connection, For China, we suggested that this should be optional, which helped the game become successful in China.

Can you give any details of how non-Chinese games have been successful in China on 360?

Wind Runner achieved 1 million daily downloads at launch, while Temple Run 2 had more than 700,000 downloads per day, being downloaded more than 50 million times.

Will you look to expand into western markets?

At the moment, our game platform is targeted at the Chinese market.

Thanks to Chen Jie for her time.

Summoners War to launch in China with Baidu and 360