Dealing with 'PuzDra Shock': Why Puzzle & Dragons has left DeNA and GREE reeling 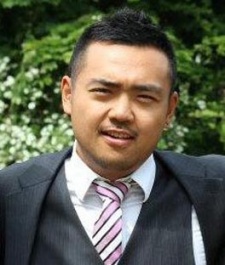 The one constant when it comes to mobile gaming seems to be that all sectors and countries are in flux.

It's particularly the case in the Japanese mobile market, which despite being the oldest and one of the most lucrative, is changing as fast as the nearby nascent Chinese market.

One company in the middle of the action is mobile advertising outfit Adways Interactive.

We caught up with CEO Ken Asakura to find out what's going on, and his plans to ensure Adways rides the wave of business expansion, both in the Asian region and globally.

Ken Asakura: Through the monster success of Puzzle & Dragons, the Japanese mobile game market has changed dramatically in the past 12 months - so much so that we call it 'PuzDra Shock'.

The biggest change is that all of our clients are now focusing on native apps. Since gaming on feature phone exploded in Japan in 2006 with release of Mobage, Japanese consumers were immune to the low usability of web app games.

Good examples are the card battle games. A lot of them have low usability but there were hundreds of titles making +$1 million per month.

This has changed with Puzzle & Dragons and most consumers demand native quality games now. Hence success of Candy Crush Saga. There are very few Japanese casual games with that quality level. We're doing user acquisition for Gungho and other top class developers now.

Historically, the likes of GREE and DeNA have been key players in the market. Are you seeing this changing with the rise of platforms like LINE?

Definitely, but I don't think the emergence of LINE is the biggest factor. The biggest losers of PuzDra Shock is said to be those two companies.

GREE and DeNA had a strong duopoly in Japanese feature phone game market, which was a $3 billion market in 2011. If you wanted to play games on a feature phone, you basically had to go through one or the other. So for both consumers and game developers, they only had two choices.

We have had an exclusive partnership on with GREE since 2006 so we experienced the exponential growth. Unfortunately for GREE, the emergence of Puzzle & Dragons has proved that their support is not a requirement to success in mobile game in Japan anymore.

Developers always knew the platform-on-platform model - GREE and DeNA on top of iOS and Android - was tough. But due to their relationship with the two companies, a lot of developers stuck with it. But this is not the case anymore.

Sega is leading the charge now with cross-promotional system called Noah Pass. LINE is a great platform but only for casual games. For more lucrative RPG and core games, I think developers will go it alone or use a cross-promotional tool such as Noah Pass.

Having said that, both GREE and Mobage are groups of intelligent people doing intelligent things. They did not make $1 billion in 2012 by chance. I am sure they are both working hard on their next strategy so looking forward to their movements in 2014!

How do these changes impact you in terms of your mobile advertising and user acquisition business?

We've positioned ourselves very well and business is growing rapidly. From our exclusive partnership with GREE, we always had strong relationships with game developers. For some feature phone game developers, GREE and DeNA did all of their user acquisition - spending millions every month for these developers.

Now these guys with very little UA knowledge are coming to us so business is growing well. LINE, DeNA and GREE are all important clients and partners for us.

Why did Adways decide to become a mobile game publisher? Do you think it confuses your game clients who may feel like they're giving their money to a competitor?

It's actually it's the opposite. We released our first social RPG game in January 2011. The smartphone market was embryonic then. We wanted to release these sort of games to lead the market, test it out and share our findings with our clients to help them make the transition.

Advertising is in our blood and publishing games was about supporting this. Our games' success exceeded our expectations but we shared a lot of our data and findings with our clients.

I remember going to meetings with game developers who were making millions of dollars on feature phones and trying to convince them that smartphone games were the future and they needed to make the transition. Having the data definitely helped our cause, but our network could only drive around 100 downloads per day then so it was a tough sell!

Now it can drive over 70,000 installs per day per app so we have come a long way.

You have offices in Korea, China, Taiwan, Singapore, India, Thailand, Vietnam, Indonesia, and the Philippines. Are those markets different to Japan?

Very different. Our Japan, China, Korea and USA offices are for the present and the rest are for the future as well as development resources.

One of our strengths is our ability to gamble on the future. We established our China office in 2003 when the company was less than 20 people. Fast forward 10 years and the group is over 1,100 people and China has over 400 employees.

We're hoping similar success for Thailand, Vietnam, Indonesia and the Philippines. We also established an office in India recently with the same intent.

Do you expect them to become significant in terms of revenue?

We do not expect success overnight. For some of these countries, the internet infrastructure isn't there yet. But we do feel big waves will come sooner than later, particularly in nations like Indonesia where the population is over 250 million, average age is under 30 and prime internet source is mobile.

We want to make sure we have a strong foothold and network by the time the big wave comes. I think it will happen within the next 24 to 36 months. Our midterm plan is to be the strongest digital advertisement player in Asia, and these nations are pivotal.

Do you think there are any key differences in terms of how Asia and Western mobile users interact with advertising, whether incentivised or not?

Without a doubt. Incent is in high demand in Asia. Us Asians love collecting points!

We have a third-party tracking tool called PartyTrack. It can track and analyze post-install activity with over 100 networks; 35 of them being Asian networks.

One of the functions we provide is attribution. If a consumer (or a device) clicks on three Candy Crush CPI ads, we only attribute the install to the last click. So only the network with the last click [before installation] gets the advertisement fee.

For incent ads in Korea, we had an over 50 percent overlap rate. This means that more than half of the installs occurred after consumer clicked on two ads before install. This rate is around 10~15 percent in Western countries.

This occurs because there are 'incent hungry' consumers who know where to find offerwalls, click on multiple Candy Crush ads, then download the app to get multiple incentives.

We had a lot of complaint from Korean incentivized networks at the start but we managed to negotiate with them.

You recently signed a deal with Twitter. Do you expect the channel to have the potential that we've seen from Facebook during 2013 in terms of app distribution?

I hope so! Facebook has done a great job with mobile app installs. We have a partnership with Facebook as their mobile measurement partner and the quality downloads Facebook are providing are pretty incredible. And we have the data to show it.

They're also a global network so it helps our mission to support global app distribution for our clients. I think if Twitter can utilize its database on hash tags and followers to identify which consumers have what interests, they can do a lot interesting things. It's easier said than done, of course.

Do you think the global app ecosystem is becoming more open to developers or is it still the case that regional differences are most important?

My personal mission is to open up the global app ecosystem and make it easy for app developers to distribute apps globally. I was born in Japan and grew up in Australia so I have appreciation for cultural differences.

There are beautiful things from all corners of the world and thanks to Apple and Google, digital content can be distributed with ease now. And since mobile is a lot more affordable than PC, the potential of app is tremendous.

I know there are amazing apps that would make my life that much better but I may not know about one of them because it's say, only used in south west Yemen. It would be great if I can support app developers from all corners of the world distribute their apps globally.

Regional differences will always be there but I do think the potential of global expansion is bigger than ever now.

Thanks to Ken for his time.

You can find out more about Adways via its website. http://partytrack.it/ or contact them at hello [at] adways.it