GREE: Adding guilds to your mobile MMORPG can boost daily revenue by 600% 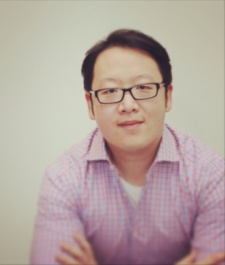 The combined three and a half years the two titles spent on the App Store, however, provided a mountain of data for the Japanese social gaming giant to draw upon when developing a new project.

Dragon Realms is that new project, released under the GREE banner after the firm brought Funzio into the fold in 2012. We caught up with the VP of Product behind Dragon Realms - Mike Lu - to discuss what it takes to launch a successful mobile MMORPG.

Pocket Gamer: With Dragon Realms, what was GREE's approach to translating a traditional MMO experience to mobile?

Mike Lu: We looked at the core elements of our favourite MMOs and translated those experiences into something that works for mobile. We wanted to bring the same social elements that we see in large MMOs, but design them in a way that was appropriate for mobile.

Players could easily spend hours per session playing traditional MMOs and we wanted to honour that high level of hands-on, immersive gameplay, but be able to deliver them in smaller bite-chunks should the player chose to play Dragon Realms on the couch for a few minutes or while on the bus going to work.

Unlike many of the card-battler-style RPGs, you also have a city-building element. Why did you think this was important to add?

The city management or city building element allows players to further differentiate their style of play from others. In developing Dragon Realms, we worked hard to deliver a heavy dose of personalisation to the game.

Just as how a player will strategically think about how they would compose their nine-unit team to take into battle, we wanted to do the same for the city-building element of the game.

Not only can players arrange and design their city to match their personal tastes - using prop buildings- but players can also strategise on which type of buildings - Gold or Boost buildings - to construct as each have different benefits and resource payouts.

Considering the number of titles in this genre, what do you think stands out about Dragon Realms?

The Guild-focused elements of the game are something we worked really hard on but the key differentiator in Dragon Realms is the PVE aspect of the game.

A lot of card battle-style RPG games focus so much on the PVP side and only use PVE as a way of grinding. While we have a strong PVP element, we spent a lot of time on the PVE side as well.

What does the game take from Funzio/GREE's previous example in this genre - Kingdom Age - and more generally from games like Modern War and War of Nations?

With our previous RPG titles - Modern War, Kingdom Age, and Crime City - we learned a lot about player behaviours and what works well for both early level players and really late stage players.

The biggest benefit is understanding why a player continues to play a game two years after the launch. Much of our game's longevity can be attributed to our live-ops strategy, which GREE has become an expert and leader in.

For example, both Crime City and Modern War, which have been live for over two years, still dominate the charts and are actually the two longest running titles seen on the top charts for both iOS and Android.

One of the biggest struggles that free-to-play RPGs face is player retention, what steps did you take to minimize the churn with Dragon Realms?

What drives MMO or RPGs are the social elements for players as they go into this fantasy world. Knowing that there are other like-minded players who have invested their time and energy going through the game is very appealing for the players and is therefore key to retention.

That is why we focus a lot of our attention on the multiplayer experience of the game like forming Guilds with players around the world, cooperating as a team while attacking rivals, and participating in live events designed specifically around the Guild feature.

We've released similar multiplayer features in our other titles.

Most notably, when we launched Factions in Modern War, we saw daily log-ins double during Factions-focused live events as well as a 600 percent increase in average daily revenue.

Our goal is to continue to see those trends in Dragon Realms by staying focused on the live-ops elements players get excited about.

The in-game economy has two hard currencies and Honor - something you can only earn via PVP gameplay. Why do you think this is a good foundation for a commercially successful title?

We've been using this system since launching Crime City and we've found this to be very effective.

I think it goes back to player behaviour - if a player is going to voluntarily go into battle, they've clearly thought through their unit composition and battle tactics, so awarding them with Honor for their wins is a great way to motivate and reward them and keep the PvP elements exciting.

A big criticism of the free-to-play model is that it makes it difficult to deliver a story-driven game. How have you tried to integrate plot within the game?

There's definitely a story element to the game and as players will find later, Guilds will actually get to choose how the overall world will evolve.

As a player in World of Warcraft, how cool would it be to let the players decide if Garrosh should live or die - and have that decision determine how the rest of the game world evolves!

Dragon Realms offers player-vs-environment (PvE) and player-vs-player (PvP) combat, have you noticed any differences in monetisation and retention for players who prefer one to the other?

We haven't seen huge differences in monetization and retention between the two, though there is a pretty clear difference in how they play.

For example, if a player is interested in PVPing, his Guild mates can help him farm useful items or heroes via PVE quests and vice versa.

This design allows us to keep retention and monetisation strong for all players while creating a stronger and more connected in-game community.