The best bits from League of Legions and Clash of Clans 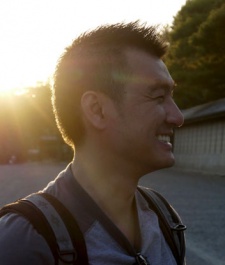 As you'd expect given its success, there are a lot of companies now looking to do Clash of Clansbut with a twist.

One such is US start-up Faceroll Games.

Set up by veterans from Gameloft and Tencent, it's taken the decision to go for a deeper, more core experience with its debut Galaxy Factions.

As well gameplay elements such as the addition of Hero units (inspired by League of Legions), the game also takes a set up in terms of its 3D graphics.

We caught up with CEO Vincent Nguyen to find out more about the company and game, which has just been published by ambitious Chinese outfit Coco (part of Chukong) on iOS.

Pocket Gamer: Can you give us some background to the company?

Vincent Nguyen: The core members of the team actually have very similar industry backgrounds, despite being half-a-world away. We all worked for Gameloft in the past (but did not know of each other at that time) and met each other on a project at Tencent. After our stints at those companies, we decided to get together at the end of 2012 and created Faceroll Games.

What are the inspiration for Galaxy Factions?

The team and I are big League of Legends fans and we love strategy games. But due to the small size of the initial team, we wanted to do something that we were confident and comfortable developing.

We looked at the popular games during the planning stages of development and really liked Clash of Clans, but we felt Supercell did not dive deeper into certain gameplay directions because it would probably narrow their userbase.

We wanted to do something that combined the great elements of Clash of Clans and League of Legends.

We also wanted to apply a theme that allowed us to present the game in a very flashy experience. We toiled around with the idea of making it a medieval fantasy theme, but we decided against it since the theme was all too common. We chose a sci-fi theme since it gave us a unique direction with a wide range of creative possibilities.

Why did you think the 3D graphics were important?

Clash of Clans is a beautiful game. I understand that using 2D sprites of 3D models allows the game to run smoothly on older devices.

I used to play games a lot on the PC, so the idea of playing the newest game that tested my gaming rig always intrigued me and created a sort of competition between the technology that I had with the software that challenged it. I carried that mentality over to Galaxy Factions.

We wanted to do things and take the risk other developers and publishers would normally not take. We used 3D as a way to future-proof our product - and even from a strategic standpoint - to be the app that really showcased newer mobile devices.

Also, the 3D approach allows us to do things that are not possible in 2D games. One feature that really impresses a lot of people is the ability to be able to rotate the camera around the base and the action. Aside from the strategic gameplay benefits, this feature gives the game an extremely immersive experience, almost like you are looking into a three-dimensional snow globe on your mobile device.

Do you think innovation such as hero units and the ability to buy back unused troops combined with the sci-fi theme will be enough to encourage Clash of Clans' audience to play the game? Or do you think it will appeal to a different type of gamer?

I think Clash of Clans is a great game that is outstanding for its target audience. I feel our offering is just a more intense flavor of the strategy gaming that Clash of Clans has refined; of course we took liberties in adding in our own innovations.

I think our game feels natural in its own right. We are influenced a lot by Clash of Clans, but at the same time, we made our game different but adding in our own systems like the fleshed out Hero system, the Star Dock concept, our equipment system, loot drop system, and our focus on competitive play.

I think our game appeals to the Clash of Clans player who is looking for something more sophisticated and should appeal to the core and hardcore gamers, especially since we focused on polish, innovation, and competitive gameplay systems.

How important is the Factions part of the gameplay to the overall experience?

So far, we have an extremely strong community. The Factions and Alliances created within the game really show how people want to experience the game in a social manner. They want to lend each other the Heroes they have acquired, they want to talk strategy, they want to rise together in the Alliance Leaderboards, and trash talking is always apparent in the global chat.

It's a huge part of the game and extends the gaming experience from being a lonesome pastime into and a social-based activity, creating an emotional connection that other players of the game can relate to.

What did you learn from the soft launch in Australia and Canada?

Aside from understanding that tweaks are always needed for a competitive game, we learned that the community can become extremely passionate with the games that they are playing. We had players exploiting our game systems and allowed us to see the flaws in our design and balance.

When we thought we had solved some balance issues, the users took to the forums and vocalized their concerns. They were very passionate in their pleas to implement changes that would make the game better. It was a very eye-opening experience.

A word to all developers; do a soft launch, it may be the deciding factor in whether you succeed or fail.

Why did you decide to go with Coco as the publisher?

We felt that Coco was in a position to provide us with the best possible partnership. Also, a few of my former co-workers had transitioned into Coco's US office and they were extremely competent people that I had the pleasure of working with at Tencent.

Meeting the rest of the friendly and knowledgeable Coco US team further cemented our decision to partner with them; they cared about our product, about our team, about our overall strategy, and our visions for the product aligned very closely.

You're launching on iOS but what's the plan for other platforms?

We do have plans to launching our product for Android devices. We are also considering other platforms.

Finally, what can you say about future updates?

We are taking some tips from the way Riot Games operates and how they create cohesion with their product and their community. We are committed towards the engagement of the community and listening to what the players say.

There are a lot of cool features we still want to put into the game, and the 3D aspect of the game gives us a lot of interesting opportunities towards realizing those ideas.

Also, with the various game systems we have set up, there will be many channels in which we can deliver fresh offerings to our players. In short, expect new heroes and awesome features!