Rolling out AppFlood for advertisers and brands 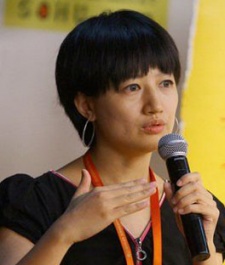 PapayaMobile is a great example of flexibility.

The Chinese company started out as an Android-focused social gaming network, but more recently has morphed into an advertising and user acquisition outfit, via its AppFlood platform.

Now, it's expanding on the expertise it's built up bringing Western game developers and publishers into the Chinese market to advertisers and brands who want to target the fast-growing Chinese mobile consumers.

Labelled its Gateway To China program, it says it now has the ability to reach up to 900,000 Chinese users on a daily basis.

We caught up with CEO Si Shen to find out more about the program and the even-changing Chinese app ecosystem.

Pocket Gamer: What were your goals for the original Gateway to China program, and do you think you achieved them?

Si Shen: The purpose of the original Gateway to China program was to help Western game developers enter the Chinese market by helping with things like localisation, distribution, and payment systems.

We helped several companies enter the market and the experience and expertise has served us well subsequently.

We've now expanded our goals for the program by seeking to solve the problem of fragmentation in China's mobile ad industry. It's currently extremely difficult for game developers to break into China without the help of a 'gateway' like AppFlood.

Have you been surprised about the success of AppFlood as an advertising/UA platform?

Not at all. Beginning with PapayaMobile's offerings, our partners have always sought two things from us - effective user acquisition and monetization. AppFlood offers both via advertising, so it's only natural that our customer base has grown at such a rapid pace in markets outside of China.

Our work in China over the past half-decade has made us well aware of both the promise and the challenges of the market.

We had worked with Western companies in a quasi-publishing capacity in the first Gateway to China program, and it's now become obvious that there is significant demand for our user acquisition services in the market as well, hence the expansion.

Why do you think AppFlood has worked so well?

A series of factors has helped. First, we had great partners like Pocket Gems and Kabam, who worked with us on some of our earlier Papaya offerings. They provided critical mass to get AppFlood started.

Second, we have superior firepower in the form of a team of 100 plus world class engineers in China led by our CTO Qian Wenjie, which has allowed us to make necessary product changes quickly enough to match and beat a rapidly evolving market.

The Chinese mobile advertising market is taking off right now with increasing demand from international publishers and advertisers who are seeking traffic from China.

Papaya has in place the relationships and partnerships with the necessary distribution channels in China, and also the local knowledge and experience to really get things done.

Why do you think China is such an important market? Despite its potential, it doesn't generate a lot of revenue for developers

We beg to differ. The Chinese mobile app market has become too big to ignore, both from a volume standpoint and also from a value standpoint.

The cost to acquire a user in China - which by definition reflects the value of that user to app developers - is no longer orders of magnitude different from what we see in other markets.

Chinese users spend a great deal on in-app purchases and we want to help with acquiring those users.

Why do you think international advertisers and brands will be interested in your expansion?

To a far greater extent than in other markets, the connected Chinese user is a mobile user. The growing Chinese middle class interacts with products and services via mobile far more than via other channels.

In fact, if you look at e-commerce activity as an indicator of the potential for products and services to reach a connected Chinese consumer, that indicator is flashing green, with e-commerce revenue growing at over 100 percent in the past year alone.

That is a huge opportunity for all major consumer-facing advertisers.

At the same time, China is a tough market to enter, and anyone outside of China who's attempted to do so has discovered this the hard way.

But it's a market that's too big to be ignored. Fortunately, we have the knowledge, expertise and relationships to help Western advertisers acquire users in China.

There seems to be a lot of changes in the Chinese app market at the moment with the rise of 360, the launch of WeChat's games platform, Baidu buying 91 Wireless, UCWeb becoming a publisher etc. Are you expecting more consolidation or more fragmentation in future?

The one thing the Chinese market does continually is to defy predictions.

So many factors are at play - from the entrance of major internet and telco players into the mobile app distribution space to the rise of communication platforms as a distribution channel.

What we can say with confidence is that even if fragmentation continues, it happens on such a scale as to provide massive economic opportunities for our partners.

Do you think Windows Phone has a chance in China?

We are taking a wait-and-see attitude. We have not committed our own platform to Windows as of yet, but perhaps more so than in other markets, a competitive offer from Microsoft might actually have room to compete in China.

That said, Android is deeply embedded in China's mobile eco-system currently - according to IDC, it accounts for almost 90 percent of the Chinese smartphone market.

For the near future at least, it's going to be difficult for anybody to compete with Android's dominance there.

Aside from China, are you looking at any other emerging Asian markets?

Absolutely. An important part of our reason for expanding the Gateway program was the realization that much of our existing business is with Chinese companies, not only as publishers of global apps, but importantly as advertisers seeking to enter other emerging markets.

Since much of our traffic is in those markets, we bring significant value via our Chinese partners to publishers who are looking to monetize their traffic elsewhere.

That's why we're seeing rapid growth not only in China, but also Taiwan, Hong Kong, India, plus a range of other South East Asian countries.

What do companies have to do to get involved in Gateway to China program?

Depending on what region they're in, they can get in touch with our local offices in San Francisco, London, or Beijing, or simply contact us at china [at] appflood.com.

Thanks to Si for her time.