Supersolid deal the first of many 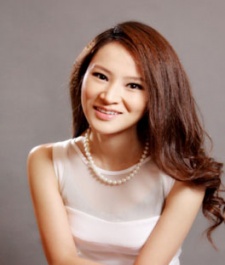 Everyone knows that the Chinese mobile game market is growing fast.

But it remains a difficult place to find success, especially for companies who don't have operating experience of its fragmented distribution channels.

And that's why experienced companies such as social mobile publisher Rekoo are expanding into western markets to source top quality content and bring it back to the Chinese market.

It opened a London office in 2013, and now has revealed the firstfruits of that move; a deal with local developer Supersolid to bring its Adventure Town game to China.

We spoke to Rekoo's CFO Lisa Pan to find out about the company's plans and get its take on the Chinese market.

Pocket Gamer: Rekoo recently opened its first European office in London. Why did you choose that location and what's the business plan?

Lisa Pan: London is the heart of Europe and one of the best places to set up a technology business as a technology city attracts world class talent.

We are taking top European games and helping those companies expand into the Chinese market. Rekoo will be covering marketing, localisation and monetization costs and an agreed revenue share with each developer. This benefits the games developers especially if they don't have sufficient funds or the right contacts in China.

We are currently looking for top grossing games to take back to China, meanwhile, we are also looking for investment opportunities within the UK gaming industry and would really like to hear from publishers and developers that would be interested in talking to us.

In terms of your Chinese operations, what type of games does Rekoo operate? What's the split between mobile and web?

Rekoo's split is 20 percent web games and 80 percent mobile games. Our games are social, web and mobile, and range from causal to hardcore.

The Chinese mobile market appears incredibly fragmented and competitive so why do you think it has such potential for western publishers?

In China, the mobile games platforms are quite fragmented. 360, Tencent, 91 and jail break account for almost 75 percent of the whole market. If a publisher publishes a game on one platform, then it's almost impossible for them to publish the same game on another. However Rekoo can publish games on all platforms due to our unique relationships, which is fairly rare.

Also, being a partner with China Mobile, it just takes a week for us to get games on their platform instead of the 6-8 months others may have to wait.

Since it's a fragmented market that's why it's hard for western publishers and developers to enter into this market on their own, but we are starting to see more western developed games entering the charts which will satisfy the huge amount of mobile gamers in China.

What sort of games are you looking for, and how easy is it to localise and culturalise them for the Chinese market?

Ideally we are looking for games that have great potential and that are casual and mid-core games. We are also looking at games in the top 20 grossing charts.

Rekoo have their own team that covers all the localisation work so it's pretty easy for us to make the conversion.

You've just announced a deal with Supersolid. What attracted you to the company and its games?

Supersolid's first game Super Penguins has over 10 million downloads to-date. The team has great talent and experience within the mobile gaming industry and have proven their ability

Adventure Town is a classic town-building game with some combat RPG elements but it doesn't have the hardcore PVP gameplay that many of the top grossing Chinese mobile games have. Do you think this will be a disadvantage?

It depends on how you localize and promote it. We will spend a significant amount to promote Adventure Town

How many western-developed games do you hope to publish in China during 2014?

We hope to publish approximately 8-10 games. Quality is much more important than quantity for us. We are very selective with games, but once we decide to publish a game, we invest a lot of money and energy to make sure it's a success.

Tencent and Baidu both big up their value to thirdparty developers