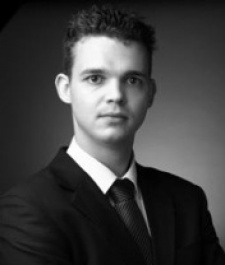 Whether you're at PG Connectsor not right now, you're likely aware of the growing business opportunities for mobile in China.

With 1.5 billion citizens within its borders fostering an ever-growing appetite for smartphones and mobile games, it's small wonder that China's projected to gobble up three out of every 10 smartphones shipped globally by 2017.

But the Chinese market isn't an easy one to navigate, and clones run rampant.

We caught up recently with Maxim De Wit, the senior director of Global Mobile Game Confederation, to talk about the smart way for western developers to tackle Chinese copies.

Pocket Gamer: Copies and cloning are two big problems that surround the Chinese gaming space - what steps do you recommend for a western dev who finds an obvious clone or copy of their game in China?

Maxim de Wit: I'd like to start with recommending western developers what not to do.

A western approach to solving disputes is going to court; however, this would not be a good initial strategy when dealing with Chinese copies. First, suing a company in a country whose legal system you are not familiar with and in which you do not have a presence is incredibly complex and takes a lot of resources.

Second, lawsuits can take a long time and even if you win, the copy or clone has been on the market long enough that you have already lost your first mover advantage, as everyone has already played the copy.

Most importantly, suing the offending company will result in severely damaging any relations that might prove vital to entering the Chinese market in the future.

We strongly recommend diplomacy to solve disputes by contacting the platforms on which the copy or clone is being distributed. However, contacting them yourself can be challenging: finding the right person to contact and making your case clear to them without a representative in China is very difficult.

The Global Mobile Game Confederation (GMGC) has strong relations with the platforms in China and we've helped set up and facilitated discussions between parties to come to an agreement.

As a neutral organization that supports the growth of a mature mobile gaming industry, we've found opening up a dialogue not only resolves the issue at hand, but it also develops better long-term relationships between the Chinese and Western counterparts. Any companies that feel they have been infringed can contact us at biz [at] gmgc.info.

Some developers predict that 2014 will be the year that China finally comes to terms with copyright dispute - do you think this is likely to happen?

I don't think that the sentiment of copyright just changes overnight, it will take many years.

What benefits does membership in the Global Mobile Game Confederation offer to western publishers and developers?

Our membership is not only limited to publishers and game developers.

Our organization provides a platform for all players involved in the mobile gaming ecosystem, including distributors, investors, advertisement companies, hardware companies, analytics companies and operators.

Benefits included in a membership are: a platform for companies to promote themselves, monthly member dinners in 5 cities throughout China, group executive trips around the world, promotions through our media channels, personal business introductions by GMGC to help members find the right partners and opportunities, and VIP passes to our annual conferences in Beijing and Chengdu and our member-only summits

Compared to western markets, China has an extremely fragmented app store ecosystem. How can a publisher or developer navigate this system and get their game noticed by Chinese gamers?

Publishing games in China by yourself is a risky endeavor because it requires you to make a large investment.

Not only will you have to figure out on which app stores to publish and drudge through the publishing process (setting up developer accounts, SDK integrations, setting up financial channels etc.), you will also have to spend money to get featured on the charts of the stores, advertisements, and media exposure to get Chinese gamers to find your game.

Save yourself the headache and expense by finding a good publishing partner.

During his keynote at Global Mobile Game Developer's Conference, NativeX co-founder Ryan Weber noted the spending power of young girls in the US. Is this demographic comparably powerful to mobile game spending in China?

According to data from iResearch in 2013, 60 percent of China's mobile gamers are female. However, men are still the biggest spenders, accounting for 66 percent of the mobile gaming spending.

I do think that women hold the future and will surpass men as the biggest spenders within a couple of years.

How will the lifting of the 14-year long console ban affect the Chinese gaming market? Do you predict it to affect the popularity of web games?

It is important to start by stating that although consoles were officially banned in China for the past 13-14 years, they have always been widely available on the "gray" - or less official - markets here.

In other words, Chinese people that want to buy a console can already get one. However, there still has been little demand for consoles, since most Chinese gamers are hooked to massive multiplayer PC games and social mobile games.

Even if demand was high for consoles, all games will still need to be reviewed and licensed by the Ministry of Culture, which means that titles such as Call of Duty are not likely to ever make it to China since it doesn't put China in a good light.

It is still too early to tell, but I don't think lifting the ban on consoles will significantly affect the popularity of web games or any other segment of the game market in China.

Microsoft, Sony and Nintendo lack easy-to-access sales channels, due to the reviewing of games by the Chinese government, and although consoles have been available already through the gray market, there has been little demand for them.