Distribution fragmentation is over, says Wandoujia

Riding the year of the horse 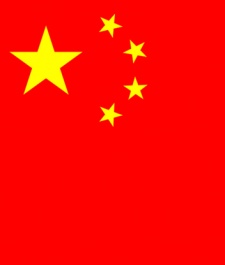 It's already the fastest growing, most competitive, most fragmented and fastest changing mobile game market in the world.

But what will the year of the horse bring to the Chinese mobile game industry?

We've been asking some of the key players to give us their views on how the next 12 months will play out.

Pocket Gamer: What were the key trends in the Chinese mobile games market last year?

Tyler Cotton: In addition to some of the trends we've covered this past year in the monthly China App Index, one trend we've noticed here at Wandoujia is increasing ARPPU for MMO games on our platform, from $8 in April 2013 to $32 in November 2013.

In the Distimo and Wandoujia collaborative January 2014 report, this was pointed out as a 400 percent increase, which outpaces Korea and Japan.

Do you think app distribution will improve significantly in 2014?

The number of smartphones in China is growing rapidly, and contrary to the popular line about a fragmented market of hundreds of Android app stores in China, we've seen consolidation to three or four main app distribution channels.

This particular release and our continued focus on mobile search is targeted at making a better and more transparent ecosystem so Wandoujia users can more easily discover great content and developers can better connect with users.

What do you think will be the impact of WeChat?

In past issues of our China App Index, we've covered some of WeChat's viral success as a game platform, though also questioned the strength of some of these games' retention.

Given the breakneck pace of the internet industry's development in China, it's incredibly difficult to make predictions very far into the future.

Are you worried that the market will become even competitive as more western games are released in China?

It's great that more foreign developers are thinking of launching their games in China, and Wandoujia looks forward to more partnerships with great studios to promote their games in this market.

Wandoujia's mission is to serve users the best and most desirable content so we hope both domestic and foreign developers continue to make and share excellent games with Chinese users.

How important do you think international markets will be for your company next year?

Wandoujia has a track record of successful international partnerships with those that share its commitment to mobile user experience. We've helped many foreign developers release their products in China, including Evernote, Path, Flipboard, and LINE.

Domestically, Wandoujia partnered with LocoJoy to release I am MT on Android and has an $16 ARPPU, above the industry average. We're always on the look out for high-quality international developers for partnerships.

What's your biggest hope for next year?

Since its inception, Wandoujia's vision has remained the same: to be "the gateway for mobile users to discover, download, enjoy, and manage their content anytime, anywhere."

As smartphone ownership continues to grow in China, we look forward to making it easier for users find great content for their phones by improving our mobile content search engine and seeking out partnerships with developers that share our commitment to high-quality design.