99Games on building a 10 million success 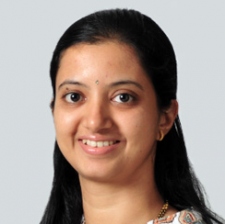 When we talk about emerging markets for mobile games, the focus tends to be countries such as Indonesia and Brazil.

Yet given it will take over China's position as the most populous nation around 2020, India remains the industry's sleeping giant.

But maybe it's beginning to stir.

On the back of the third successful film in the Dhoom series, Indian developer 99Games has reached 10 million downloads for its free-to-play tie-in.

Another interesting development is that Dhoom:3 The Game is the first mobile game to be downloaded more than one million times on the Indian Windows Phone Store.

We caught up with producer Shilpa Bhat to find out more.

Pocket Gamer: Movie licences are notoriously difficult to turn into successful games, so why did you think Dhoom:3 would be a good opportunity for a mobile game?

For 99Games, it was a great opportunity to leverage huge fan following from across the world due to the box office successes of its predecessors, by building a mobile game.

As the movie franchise is all about cops chasing an anti-hero on their super bikes, the movie story/theme lent itself very well to the game as well.

For those who don't know, what's Dhoom 3 about and which countries has the film been popular in?

Dhoom:3 is an Indian action thriller film and is the third installment in the series. The famous Bollywood actor Aamir Khan plays the anti-hero in the film.

The film broke several records on its opening days in India and abroad. Dhoom:3 was declared the first Indian film to cross Rs 500 crores (US $85 million) in worldwide revenue.

Dhoom:3 The Game is an endless 3D bike racing game, capturing the essence of the movie, in which the main protagonists/cops Jai and Ali are hot on the heels of the anti-hero played by Aamir, on the streets of Chicago.

Players play the role of Aamir and have to dodge various obstacles as they try to evade Jai and Ali. With simple tap and tilt controls and realistic graphics, the game promises many hours of fun for players of all ages.

It's often difficult to get enough time to make a good game and match the film's release date, so how did that process work in this case?

Dhoom movies have always set the standards of production quality for rest of the Bollywood, and it was important that the game also set itself apart from other Bollywood-related games.

Since we had a four week exclusivity on Windows platform, it helped us tweak the game for Android and iOS.

Why did you decide to launch with Windows Phone 8 and Nokia devices?

The Microsoft India team was looking at exclusively launching the latest game IPs on their platform in India and was supporting Indian mobile developers with marketing/promotional support.

The install base of Windows Phone devices is growing quickly in India due to this country being one of Nokia's biggest markets.

Dhoom:3 The Game became the first game to cross the million download mark on Windows Phone Store in India.

What's the split of the 10 million downloads in terms of different mobile platforms you've released on?

What part of the game are you most proud of?

The fact that we were able to build a good quality game in record time against all odds! Crossing the 10 million download mark has been icing on the cake

The game is free-to-play with in-app purchases, so what sort of monetisation have you designed and how have players reacted to this?

The India market is always said to be high on downloads but low in terms of revenue. Do you think that's changing?

The biggest hurdle in the India market is the lack of easy payment mechanism for games like Dhoom:3 The Game.

Credit/debit card penetration is low and carrier billing is still its infancy. We are hope of the situation changing over the next 12 months

What future plans do you have for Dhoom mobile games?

We are already working on the next game in the series!

Thanks to Shilpa for her time.