Curtis File on why the shutdown law isn't affecting mobile 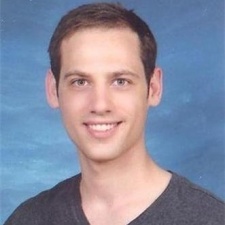 Indies rarely have it easy on mobile, but in Korea they face a decidedly more difficult road to recognition.

Boasting the highest smartphone penetration of any country, the mobile gaming market in South Korea is flooded with titles competing for players time and dollars - and many of these games are backed by publishers with substantial user acquisition budgets.

The idea of localising games and going global is an option, but it's an expensive one that's usually well out of reach of a typical indie developer.

Latis Global, one of South Korea's largest localisation companies, is looking to change this with the Big Indie 40 project - an initiative created by the Korea Creative Contents Agency.

After seeing the vanguard of the Big Indie 40 project at GDC, we caught up with Latis to see what the world can expect from this project.

Pocket Gamer: Tell us a bit about the Big Indie 40 project - how did it come into existence and who was the driving force behind it?

Curtis File: The Big Indie 40 project was initiated by the Korea Creative Contents Agency. Their mandate is to help small businesses in the creative industries - television, film, books, video games, etc. Their plan to help video games was to aid them with localization into English, Japanese, and Chinese. There was a bidding process for the project, and Latis Global Communications won the bid, so we became partners.

A big part of the driving force behind this was recognising that small game companies in Korea really need a lot of help to get noticed. Right now the market is heavily dominated by a few key players like CJ E&M, WeMade, and Gamevil. Unless you are coming out with a recognized IP, it’s extremely hard to compete, so KOCCA decided this would be the best way to help indie developers.

Shortly after GSTAR, you told us the “Shutdown Law” and other proposals caused harm to Korea's gaming industry. Is the Big Indie 40 a sign that the government is reversing its position?

With the shift towards mobile gaming, things are a little different right now. The shutdown law does not yet affect the mobile platform. This could change as games get more complex, but there is no sign of that happening any time soon.

There was a proposal last year to force game companies to share a percentage - I believe it was about 6 percent - of their total sales - not profit, sales - with the government that would go to creating addiction centers. That has not come into effect yet.

The shutdown law does not yet affect the mobile platform. This could change, but there is no sign of that happening any time soon.

The mixed messages make for a confusing situation, but I think it really just represents the cognitive dissonance of bureaucracy.

On one hand you have a branch of the federal government concerned with enforcing laws and upholding the morals and values of society. These are the people fighting for shutdown laws and addiction centers. On the other hand, you have a group of people that are fighting for Korean businesses and trying to foster an environment where more than just two or three big businesses own a market. Both sides are trying to do what they think is best, so I don’t think this is a reversal of their position exactly.

Over time as more games are successful internationally, we may see more support given to the gaming industry.

What criteria did you use to select games for the Big Indie 40?

Games were selected in four different phases with 10-12 games being selected at each phase. A committee that involved members of both Latis and KOCCA was organized to review the games and they were selected partly based on size - some games had simply too many words to fit into the time line - domestic success - some games had already been successful in Korea and we felt they were more likely to succeed abroad - and quality of the game.

We had the North Americans in the office review the games for mechanics, art, genre, and cultural references, and they offered their opinions on what would be most viable as a game for those audiences. Same with the Chinese and Japanese speakers. From there we decided which games would be most viable for the project.

What steps are being taken to make sure these 40 games gain enough exposure in the west?

We have been in contact with media, posting on social networking sites, creating a blog page, and most recently we went to GDC to debut some of the games. GDC was a big event for us because we made sure that we connected with publishers and journalists that would be willing to publish the games or talk about the project in the news.

We managed to get some of these developers hooked up with contracts, though I can’t give out any specific information on those, because many of them are still working out the details. Even though not all 40 games were ready for GDC, we made some great relationships that will help us get these games exposure when they are ready.

We are also talking about it at other conferences as well. This 15-17 April we are co-hosting a conference in Seoul with WildCard, called Game Next. It’s the biggest mobile game conference in Korea with attendees including Google, Facebook, AppAnnie, Gamevil, and a host of other industry giants. All the KOCCA participants will be there to talk about their games.

Did Latis have any input on the 40 chosen games before they were localised, or were they released “as is”?

There were a couple games that needed some reworking in a few areas - namely art - but for the most part we released them as is.

While the international exposure for Korean indies is nice, won’t they lack the resources to follow up with localisations of subsequent projects?

We have a huge indie community with a wide reaching network.

I don't think this will be an issue for a couple of reasons. If they succeed as we think some of them will, they will have the resources to localize their subsequent projects.

Secondly, one of the great things to come out of this project are the lasting relationships we've made with these developers. I can't give out the specific details yet, unfortunately, but we are working on a business model with them, and for future indie companies, that will allow us to continue doing this type of work without having to worry about the resources to fund it.

I think one of the greatest things about the western audience is their thirst for discovery and the tools available to do so. We have these great crowdfunding tools, we have Reddit, we have a huge indie community with a wide reaching network that you can hear about new games and even offer to be a part of it by participating in kickstarter or Indie-go-go. None of this exists in the Korean market.

Crowdfunding is pretty much unheard of. The last time I checked the projects in Seoul on Kickstarter, there were less than 20, and not a single one was a game.

The indie community is viewed as amateurs that haven’t made it yet - this despite the evidence to the contrary with successful devs like Devsisters who made Cookie Run. This means it is incredibly difficult for an indie with no money to compete with the major players who are able to afford subway and bus advertising, television spots, in-app ads, and who have an established reputation.

Location is also a factor. There are simply more conferences and access in the west than there are here, and with more international attendees. We have GSTAR of course, but it doesn't really compare to having GDC, PAX, Pocket Gamer Connects, and the plethora of other conferences that attract thousands of international publishers and professionals every year.

Are there any other platforms - like the PS Vita - which Korean indies would consider developing for?

This is a hard question for me to answer. If they were approached to do it, I'm sure they would. But it doesn't make a lot of sense for them to try to develop a game for the domestic Vita / handheld market.

Korea is considered the first market to reach full saturation for smartphones - something like 70 percent of Koreans own a smartphone. I see the odd Vita around, but for the most part gaming is happening on tablets and phones, so it’s most likely that devs will continue focusing on those platforms.

Thanks to Curtis for his time.