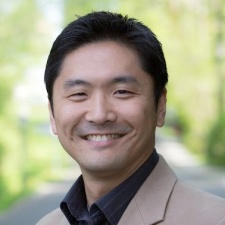 Founder and CEO of Chorus Worldwide, a publisher for Western mobile developers seeking success in the Asian markets, Shintaro Kanaoya has over 20 years' experience within the gaming industry.

Shintaro Kanaoya: The amount of money that's now being spent on mobile games by developers and publishers is starting to approach triple-A levels, especially when you think about the post-launch costs of running games-as-a-service and the marketing costs that the major labels are spending.

It's so quickly gone from being an indie-led, grassroots marketplace, to something far more familiar - a handful of major publishers dominating the top of the charts.

The #1 challenge for developers continues to be discovery.

For Chorus, in particular, the biggest story has been the rise of the Asian market for mobile gaming. The fact that Japan is now the #1 mobile gaming market in the world, and that China is hot on its heels, is really exciting for us.

The most successful games in those markets are still home-grown, but audiences are definitely curious to try different types of titles and have access to them. In this crucial regard, mobile is different from the console heyday and we see that as a huge opportunity for us and the Western indie developers that we are helping to get noticed over there.

The #1 challenge for developers continues to be discovery. The difference between being featured and not on the stores is huge, and there's a dark art to knowing who to speak to and when to speak to them.

From a consumer's perspective, it's great that the process of finding, downloading, and spending money on games is unified and simple. I think it's one of the key reasons that the market is as big as it is. But it's definitely a challenge for developers.

The #1 opportunity is that making and releasing games has never been easier. Tools such as Unity and Marmalade make the process of reaching multiple platforms simpler than it's ever been, which means we'll continue to see new and experienced developers go it alone and bring interesting new titles to gamers.

That, and the sheer scale of the mobile platforms means there are more games and more consumers than ever before, by an order of magnitude, which is incredible for the industry.

Indie developers come in all shapes and sizes these days, so I'm not sure that it makes sense to lump them into one and talk about how well they're all doing, or not.

If we're talking about small teams (fewer than 10), who are primarily self-funded, I think they struggle when they don't understand that there's a whole different discipline called publishing. That encompasses everything from being able to access new markets, to getting exposure through PR, to giving customers decent support, as well as customer acquisition activities through marketing campaigns, etc.

We hear about the examples like Monument Valley and Tengami. They seemed to come out of nowhere and get huge traction through being featured prominently when they launched.

But those guys are putting in the time behind the scenes, going to shows, doing a good job appealing to press, to platforms, etc. It's very rare to just come up with a game and release it, without doing anything else and have it be successful.

Indies that put time and effort into doing these things - either by themselves, or with a partner - are going to have a much better shot at success.

What is your advice for developers looking to make their games a hit in Asian markets like Japan, China and Korea?

Give me a call! I only say that half in jest. Whether it's us or someone else, having a partner that's present in those markets and understands them is absolutely key.

And even saying 'Asia', there are huge differences across the region. We're partnering with others in China because the difference between there and Japan, where we're strongest, is huge.

If you're a great developer and the thing you care about is the game and the experience then focus on making that great. Then get help with taking that and expanding the commercial opportunity - whether it's reaching new markets, or new platforms.

Seeing and speaking to the development community in Finland and hopefully across Scandinavia. It's such a hot-bed of talent, I can't wait to meet many of them.

Also, obviously, I'm interested in, and excited to be presenting at, the East meets West track.

But as a gamer, I can't wait to see the Very Big Indie Pitch. I'm expecting to see some very original, very creative titles there.

Glyph Quest because it's

Other than that, I was blown away by Monument Valley. It's wonderful to see such artistry coming to mobile games. Same with Tengami.

And on a larger scale, Boom Beach is a great evolution from Clash of Clans. I love the way Supercell have taken what they've learned and moved it forward. It's a much more complete game for me than Clash of Clans.

The continued consolidation of the market by the major players, and how the smaller indies navigate through it with speed, innovation, and creativity.