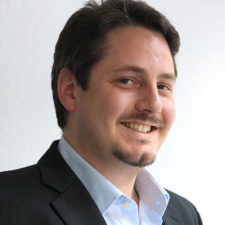 Wandrille has 12 years of experience in the mobile industry, focused on entertainment, payment and advertising.

Prior to joining Art Of Click, he was Regional Director at adsmobi for which he started operations in the Asia Pacific region. Before that, he led the Buzzcity team in Europe, paving the way for the Singapore headquartered company in a previously untapped market.

Wandrille Pruvot has 12 years experience in the mobile industry, focused on entertainment, payment and advertising.

Prior to joining Art Of Click, he was regional director at Adsmobi, where he started operations in the Asia Pacific region. Before that, Pruvot led the Buzzcity team in Europe, paving the way for the Singapore-headquartered company in a previously untapped market.

Wandrille Pruvot: The focus is on quality users and metrics. There is a big demand from mobile game developers to get more than downloads: real good users.

There will be a shift in the market from Cost Per Install (CPI) towards Cost per Acquisition (CPA), such as finishing the tutorial or making an in-app purchase

I think the biggest challenges that mobile gaming has to face firstly concerns numbers as in 2013 user acquisition costs overtook user revenue.

As a user is considered as profitable for developers after more than 60 days playing, the challenge of making money from games is even higher than in previous years. So, I still think monetization remains a big challenge for the mobile game developers.

But, actually, there is a big opportunity for games which know how to make money from their users aside from in-app purchases, via smart branding integration.

Indie developers can still get bigger, but the quality of their game has to be very high.

[I want to] meet the nerd who'll be the next Dong Nguyen and help him make more money.

We know the market is tough and it is still hard to succeed when you are an independent developer, but still just look at Flappy Bird story and you know everything is possible if you have a game everybody wants to play.

Never underestimate the difference of usage from one country in one region to another. Thinking that users in Thailand and Indonesia are the same is the same mistake of thinking that players in Germany and Spain are playing the same way.

Meet the nerd who'll be the next Dong Nguyen [Flappy Bird's creator], and help him make more money.

As we are in Asia, we play a lot of games from China such as Ju Pao Lian Dui, Condor Knight or Tien Ma Luc.

Brave Frontier, Game of War and Heroes of Honor are very good and addictive games as well.

Only five characters (in English): "China".