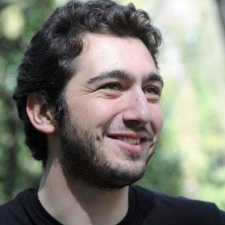 A couple of weeks ago, at the GMIC Beijing 2014 conference, we caught up with Perfect World CEO Robert Xiao to talk about its ongoing transition from PC online games to mobile.

He provided a strategic overview of where the company is heading, arguing that, "I see the world market as being equally split between PC games, mobile games and TV games.

"In the coming years, I would like to see Perfect World's revenue mirror this."

SO, looking to put some meat on those bones, we spoke with Fabien-Pierre Nicolas, Perfect World's GM, Mobile, who's based in San Francisco, and covers the company's mobile operations outside Asia.

They do things differently there

Being a Chinese company, localisation and culturalisation are key issues for Nicolas.

For example, Perfect World's first mobile hit in China is Return of Condor Heroes - a game that's heavily linked to Chinese culture (including books, TV and films), and unlikely to find a large or understanding audience in the west.

Instead, the company's first western release demonstrates how it's looking to meet audience taste.

"We've taken it slow and steady with Elemental Kingdoms," says Nicolas of the Chinese-developed game that marked Perfect World's debut outside the region.

"We're not in a rush for DAUs. It's about building a community and iterating around the product, particularly as this is a strategic collectible-card game that has a longer learning curve than similar games such as Rage of Bahamut."

Perfect World's caution is underscored as the game was originally released in the west by its developer i-FreeStudio (aka Shanghai Muhe Network) under the title Lies of Asaroth.

"I think Elemental Kingdoms proves our worth as a company which can release games successfully in the west," says Nicolas, highlighting the changes it proposed, which have seen the title go top 100 top grossing on the UK App Store, and top 25 in another ten countries.

These include the art switch from a colourful and anime cartoon palette and style to a more moody fantasy atmosphere.

More generally, he notes there's a big divergence between the user interface and user experience in Asian games, compared to what's required by western gamers.

"There are many differences between Chinese, Korean and Japanese players, but they're all okay with crowded UI," he points out.

These lessons are now being used to tweak Perfect World's next release Dawn of the Immortals.

The hybrid 3D MMOG action-RPG is being developed in Perfect World's Shanghai studio, with the plan to soft-launch in mid-June.

"We're excited as we've already had 50,000 pre-registrations on the website, so we're hoping to release it globally at the end of July, assuming the feedback is good," Nicolas says.

Indeed, given Perfect World's expertise in running PC MMOGs, he hopes that Dawn of the Immortals  will prove to be the first in a long line of successful mobile MMOGs.

"I think there's definitely space in western markets for this sort of game," he ponders.

"But there's a balance. It's a core game, not mid-core, yet we have to simplify the user experience.