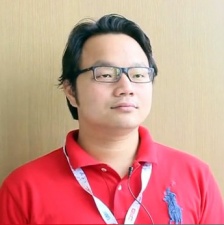 Andy co-founded FunPlus, a leading social and mobile game company in the European and Middle Eastern market with teams in five countries. FunPlus is the biggest Asian game company on Facebook by daily average users and is available in 16 different languages.

Prior to that, he was VP of engineering and product at thegamenet.com (social video and game statistics platforms), and the Engineering and Product Lead at RockYou.

Thanks the success of the Family Farm  series on Facebook, FunPlus has built a strong reputation for its casual games.

As founder and CEO Andy Zhong explained at the GMIC Beijing 2014 conference, that's not something many Chinese companies have managed to accomplish.

Indeed, the focus of the four year-old outfit is international; it doesn't yet release its games in China.

He says one reason for the 6 million daily players in Europe, the US, Turkey and the Middle East that FunPlus' games attract is the cosmopolitan nature of its 280 staff, 250 of which are based in Beijing.

"Around 40 percent of them are from the US or Europe. I think that's the highest proportion for a Chinese company," he comments.

The company also has a 30-strong production office in Vancouver, Canada.

In terms of future plans, FunPlus recently raised $74 million of investment - Zhong says he could have raised more if he wanted - and is expanding quickly into mobile games.

At present it only has a couple of titles, notably Barn Voyage and Family Farm Seaside available, but is looking to release more titles in the simulation and puzzle genres, as well as considering partnerships in more core genres with what Zhong calls other 'global and talented games companies'.

Then, in 2015, it expects to move back into the dynamic Chinese market.

FunPlus launches its transparent PublishingPlus initiative for all F2P devs