The global game: Colopl on bringing skills-based JRPG Slingshot Braves to the west 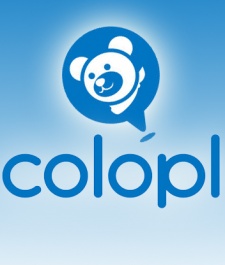 Best known for its massive success in Japan with Quiz RPG, Colopl is now going global.

A good opportunity then to find out why it thought this game would work well in western markets, as well as getting more insight into the company's strategy.

Pocket Gamer: You've been very successful in Japan so why did you think Slingshot Braves  would be a good game to release internationally?

Colopl: The major difference with Slingshot Braves  compared to other Japanese titles is that it is not a card-battle-type of game. We have implemented an equipment upgrade system that is more popular among RPG users internationally.

Also, Slingshot Braves  is a type of game where users are able to defeat enemies with their playing skills even when their equipment is weak. Upgrading equipment and improving their skills will ensure players are progressing in the game.

Sports games are very popular around the world and we feel that they have same type component.

How have you changed the game for international release, either in terms of graphics or monetisation?

We did not change either graphics or monetisation, but in development, although we implemented Japanese-style monetisation, we did not want to create a game that is pay-for-win.

For that reason, players are able to obtain equipment that is just as rare as the paid equipment in the game. As for graphics, the game director plays a lot of the international games and some styles may be taken into the game.

Did you consider working with a western publisher for the release?

We did not consider working with a western publisher since we had live operations experience in the western market with our games Quiz RPG  and Dino Domination.

Why do you think the slingshot mechanic will be popular?

A drag-and-release touch interface is something very user friendly and intuitive, and it is easy to see if you've done well or not. We feel this operability is accepted among the users internationally.

RPGs are obviously very popular in Asia, but in the west they are seen as more of a hardcore genre. Does that concern you?

Popular game genre differs between countries and regions. We will continue to research the trends that are happening around the world and reflect them in our titles.

Slingshot Braves  uses drag and release and elements of RPGs, which is more of a hardcore genre, and that may be why it is enjoyed by the hardcore players around the world.

How technically difficult is it to support the real-time multiplayer mode?

We have taken precaution to avoid ruining the exhilarating experience of the gameplay.

We have taken number of different approaches and tested number of methods until deciding the best measures for the technical part of real-time multiplayer.

What's the reaction to the game been like so far?

The reaction has been good. It has ranked in the top 3 of the RPG rankings in number of countries. After the release om Android and iOS in April, the users are increasing and it reached over 1 million downloads in 35 days.

We have implemented new features and run events only for the international version and we will continue to provide them in the future as well.

Should we expect more Colopl games to be released internationally?

We would love for the users around the world to be able to enjoy our games, and for that reason, we plan to release more of our titles internationally.