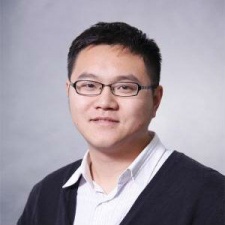 Despite being based in Hong Kong - after all it is a division of Chinese game publisher Kunlun - KoramGame is an internationally-focused outfit specialising in browser games.

And now it's ramping up its mobile focus in the west.

In the vanguard of that move is incoming contemporary military F2P build-and-conquer strategy game Steel Avengers.

We caught up with North American and European marketing manger Joe Zhou to find out more about the company, and how it expects to operate successfully within this competitive genre.

Pocket Gamer: Can you give us some background about KoramGame and the sort of games you make?

Joe Zhou: That's a lot to talk about. We first started with an MMO-strategy browser game called Three Kingdoms Online  back in 2008. It was a great success, and so we learned to develop many different kinds of games, such as RPG, simulation, social and strategy.

Since 2013, we have been using the experience gained through our browser-based games to develop games on the mobile platform.

It has not been an easy road, but we are now focused and committed to making mobile games.

You've just announced Steel Avengers. Why do you think this sort of MMOG will work well on mobile devices, which typically have a more casual audience than on PC?

That's a great question. There are many successful examples of these games with a military theme. What we decided to focus on was 'How can we make this kind of game on a mobile device?'

We thought about the UI, the game difficulty, the social interaction, communication and the users' playable conditions. I believe with Steel Avengers  we found our answer and it works well!

How have you modified the game design to handle mobile play sessions, which tend to be shorter and more frequent than on PC?

This project is designed for the mobile user and there are loads of features to play with.

Some of them have instant interaction so if you have time you can play it non-stop for hours. If you just want to log in for something quick, we have that too. And it's all well balanced.

Getting the balance right between PVP and PVE gameplay is difficult so how do you look to encourage players to play through the Campaign mode, while also getting involved with the Alliances?

PVE in Steel Avengers  is about achievements, mods, instant battle and practising. It's not the entire game but it has its role.

But when you go to the world map, you can't be alone. Your every move infects other players, so, having an alliance is necessary. And it's fun to smash your enemies together with your friends.

How much are you basing the game units on contemporary weapon systems, and how much is sci-fi imagination?

So far, we are at the very beginning of the story of Steel Avengers. All weapon systems are contemporary-based. We use real-world prototypes and make some interesting tweaks to design our in-game units.

And when the game moves on, we also plan to collect ideas from our fans and add sci-fi-like weapons. It's fun to develop the game with the voice of the fans.

In the press release, you talk about "strategic advantages thanks to dynamic combat formations". Can you explain that in more detail?

Each one of your armies will have six unit spots and each unit spot can have one type of unit. (You can have six of the same units in one army).

You need tactics to manage your army. Should I use area of effect units or single damage-dealing units for the first strike? What should be the shield? What's making the final blow?

But if you think that's too much for you and you just want to play for casual fun, we have this nice one button formation feature. It can automatically fill up all your unit spots with your units that have the highest battle points. But, you won't always beat those who manage their armies to its peak performance.

Will the game be cross-platform in terms of iOS and Android players connected in the same game world?

Yes, iOS and Android players will be in the same world. Hopefully, this won't make the battlefield too messy.

How will you be handling the global launch, particularly in terms of multiple language support?

Unfortunately, Steel Avengers  will only support English at our global release.

However, the good news is that we have an international customer support team who can handle multiple language issues. We are also working on other languages and will add them into future updates.

Steel Avengers is due for release on iOS and Android in mid-July.