80% of Chinese devs will close in 12 months that's why we're 100% international, say Sphinx 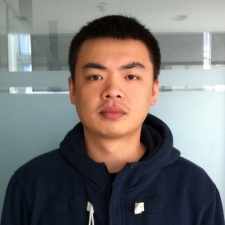 Surprising as it may appear to outsiders, there are a number of Chinese developers who are 100 percent focused on international markets.

They view their local market as being too competitive and too constrained by the big app distribution channels to give them the same chance of success they can experience in the more transparent global markets.

Of course, this focus comes with its own challenges: something we discuss with Yao 'Ray' Xiaoguang, the CEO of developer Sphinx Entertainment.

Pocket Gamer: Can you give us some background on Sphinx; how big you are and what sort of games you make?

Yao Xiaoguang: Sphinx Entertainment was formed in 2008 and we now have around 50 staff. They are organised into three development teams that are working on different category, such as strategy, RPGs and social games.

Over the past six years, we have developed two titles for Nintendo DS (unpublished), and over 30 Java games for feature phones.

We have released seven single player games for the App Store since 2010 and three of them - Carrot War, VR Mission and Bouncy Penguin - have been featured by Apple.

What markets are you focused on?

Since 2010, Sphinx Entertainment has only focused on international markets.

These provide 100 percent of our revenue. That's a big difference compared to most Chinese developers.

What's the reason you don't release into the Chinese market?

Most Chinese developers find it very hard to survive in the Chinese market. I think over 80 percent of Chinese game studios will close in next 12 month.

There are too many developers in China and too many games are being released every month. There are also limited channels for promoting and publishing games.

Could you work with the big Chinese channels like Tencent or Baidu?

I don't think it is easy to work with the big guys. You have to be lucky or your games has to have top metrics to be chosen by the big channels.

There are too many developers in China and too many games are being released every month.

So far, we haven't been lucky. Working with a big channel isn't everything, but we are trying hard to have the chance to work with them.

What do you think are the biggest challenges you face?

The biggest challenges we face are cultural and localization issues.

Because we self-publish our games worldwide, we have players from all over the world. They speak different languages, have different culture, and live in different time zones, but they are playing the game in one virtual world.

We want to provide a stable and excellent service to our players, but it is really hard to manage. We are still learning and will keep improving. For example, we are hiring foreigners to help our team get better.

What do you think are the differences between Chinese and western players?

Chinese players are quite different than western players. They have different favourite game categories, themes and art styles.

For a Chinese developer, it is hard to understand this, so we do lots of research looking at competitive products and talking to players to help us get more understanding about our target market and release the right game.

One of your popular games is Galaxy At War Online. What was the inspiration behind the game? Why do you think it's found an audience in the US and Europe?

Galaxy At War Online  is our first multiplayer game. We didn't have much experience before it.

First of all, we decided that North America and Europe was our target market. There are a lot of sci-fi fans in our team, and we love strategy games, so we decided to make a sci-fi-themed strategy game.

What future plans do you have for Galaxy At War Online?

We will keep updating the game and port it to other platform such as Windows Phone and smart TV.

What can you tell us about other future games?

We have just finished a new RPG card game called Game of Summoner - A Song of Heroes.

It is in beta test right now, and will be launched in September.

You can check the video below.