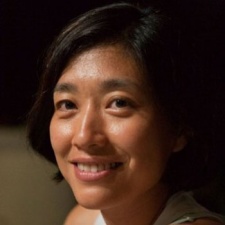 Tencent is the partner every Chinese mobile publisher wants to launch its game with.

It already dominates the market with - depending on who you talk to - a third to a half of all Chinese mobile game revenues flowing through its platform.

And that's good news for Hoolai which has announced it's releasing the mobile version of its successful web MMOG War of Immortals with Tencent.

We caught up with VP of international business development Xiang Lin to find out more.

Pocket Gamer: How have you modified War of Immortals for mobile devices?

Xiang Lin: We redesigned the UI for mobile to incorporate touch experience while also adapting to the smaller screen size.

The new user onboarding experience had to be faster pace on mobile so we had to tweak the task systems to fit the user behavior on mobile where user sessions are more fragmented than on the web.

Why do you think a hardcore browser game will be successful on mobile as there haven't been many examples of this approach working in China?

We've learned about the importance of content, relevancy, and value of local partners.

We've had a proven record for developing good games for both web and mobile, so for us, it was second nature to innovate on the mobile gaming experience, taking into account the screen size, user playing habits, user input, and touch experience.

You mention a "seamless payments feature for WeChat and QQ". Why is this so important?

It does a great job engaging with its users while incentivizing them to continue to use the platform. For this reason, launching on WeChat was a natural next step as the platform offers the most seamless way for in-app purchases.

War of Immortals isn't the first web-based MMOG you've released on mobile so have you learned anything from publishing Wartune both in China, and internationally with Kabam?

When we published Wartune on mobile in China, it was a huge success. We knew from then that there would be a huge opportunity for MMOGs on mobile, both here in China and internationally.

For us, we've definitely learned about the importance of content, relevancy, and value of local partners, all of which plays an integral role in the mobile ecosystem globally.

What plans do you have to release War of Immortals outside of China, whether in Asian or western markets?

We're excited to release War of Immortals for Android on WeChat's Chinese app Store and have plans to introduce some new titles in the coming months for the world.

We aim to create custom content for each of the markets that we expand into. Additionally, we have several new mobile games in the pipeline for Asia.

More generally, starting out as browser developer, how have you found the rapid transition to mobile games in the Chinese market?

As one of the leading game developers and publishers in China, we've remained agile in order to adapt to the market. We have been at the forefront of major gaming shifts - from social to web to mobile - and have a proven track record in releasing hit titles one after another and cross-platform as well.

In a highly saturated market, content is the main differentiator and will always be king. However, it is also vital to work with the best partners locally and internationally, which we do very closely, especially with Tencent, 360, 91, etc.

Thanks to Xiang for her time.