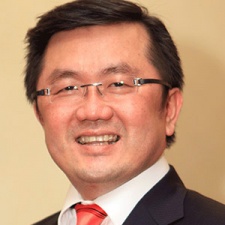 With Japanese mobile publisher Gumi Inc preparing for its Tokyo IPO on 18 December, the company - including its many regional subsidiaries - is looking forward to a prosperous 2015.

But there's plenty of work to be completed too, especially for Singapore-based Gumi Asia, which is publishing Sega's Chain Chronicle in the west on 8 December.

We caught up with its CEO David Ng to find out more about the game and Gumi Asia's wider activities.

Pocket Gamer: Can you give us some background information about Gumi Asia?

David Ng: With the success of its TCG and RPG games in Japan, group CEO Hironao Kunimitsu set his sights on bringing Gumi's games to the global stage, with the aim to becoming the #1 provider of social games in the world.

Setting his dream in motion, Gumi Asia was created as a 100 percent subsidiary of Gumi Inc. in 2012. The company's goal is to create, publish and operate mobile games for a global audience.

What games have you released?

Despite having other made-in-Singapore titles like Puzzle Trooper and Slot Reel Frontier, Gumi Asia is best known for its role in successfully bringing Brave Frontier to the global market.

The process include additional development, localization, culturalization and operating the multi-lingual versions of the game.

Since then, Gumi Asia has continued its success by working with other well-known industry giants like Disney (Big Hero 6: Bot Fight) and Sega (Chain Chronicle), which will be out on 8 December.

Chain Chronicle has already been successful in Japan and China, but why do you think it will also be popular in western markets?

Chain Chronicle is a story-driven Japanese role-playing game. Because of this, the game will hit well with the steadily-growing anime and manga groups.

The anime culture and traction is strong in the US. The interest of "bite-sized" role-playing games like Brave Frontier and Puzzle & Dragons have been consistently rising on mobile platform.

Chain Chronicle, being one of the top RPGs in Japan, should stand out due to its emphasis on story and line defense combat. Plus it's from Sega.

Which countries do you think the game will work best in?

We hope that Chain Chronicle will do well worldwide and that the game will resonate with all JRPG fans.

We believe that we must find the right audience for the games that we publish. The art style, setting and fantasy story has that Western flavor mixed with anime aesthetics that would gel well with the aforementioned crowd.

How are you localizing and culturalizing the game for Western markets?

As well as localising 2 million words, in Chain Chronicle we've added features liked by western audiences such as the Auto Battle option.

We have different team members from different cultural backgrounds who have experience dealing with Japanese games.

Let's take Chain Chronicle as an example. Besides the intensive and monumental localization of the 2 million words found in the Japanese script, we have also added other features that we find well-liked by Western audiences like the Auto Battle option and made some slight tweaks to make the UI more intuitive.

Why do you think Sega decided to do a deal with Gumi Asia, rather than publishing through Sega's international offices?

After a successful launch in Japan, Sega has been looking for the right time to bring the game to the Western market. Sega believed that the tail end of the year is the perfect opportunity.

The company has full confidence in being our partners thanks to our solid track record and our ability to execute.

With them, you could say that it was a natural synergistic collaboration.

What can you tell us about Big Hero 6: Bot Fight? Why should we be excited about it?

It's the number one box office hit film in the US. The game is an extension of the movie.

Big Hero 6: Bot Fight is a puzzle RPG where players can collect and amass a party of strong bots to combat other malfunctioning bots. It also touches upon the additional lore from the hit film it is based on.

Our audiences are excited for this game because it's a great way to introduce a puzzle RPG genre to a casual audience using a renowned Disney brand. Plus, our game has over 100 bots to collect, with more updates soon to follow; the replay value is there.

Why did you decide to go for a match-3 game mechanic?

When we look back at our previous title Puzzle Trooper, it was catered towards mid to hardcore players.

This game is what Disney and Gumi wanted to build to bridge the gap between casual gamers and mid-core gamers.

More generally, how is the southeast Asian mobile games market developing? Which are the key countries for Gumi Asia?

Southeast Asia is one of the fastest-growing markets in the world with relatively low smartphone penetration, but growing at an exponential rate. Naturally it would be a great market to establish a beachhead.

What other games should we be looking out for from Gumi Asia?

Quite a number! Do stay tuned for more information on our site in the next few months.

Lords Mobile generating up to $50 million a month