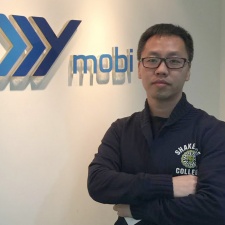 Gio Zhang: There were big moves in the world's biggest market this year. For example in the run up to Alibaba's IPO they made significant investments in mobile gaming i.e. $120 million investment in Kabam and further expanded its distribution of mobile games.

Another IPO - iDreamSky on the NASDAQ - validated the business model of successfully bringing mobile games into the Chinese market.

How did your business focus change in 20144?

In 2015, China will be the world's largest mobile games market.

SkyMobi's Maopao platform has now nearly fully shifted from feature phone to smartphone users where we have more than 40 million monthly active users.

As for SkyMobi Publishing, we've proven to be a strong partner for developers who want to succeed in the Chinese market. Since Pocket Gamer Connects Helsinki 2014 in June, we've signed six amazing games to publish in China including Major Mayhem, Dungeon Quest, and Beach Buggy Racing.

The Chinese market always will be the most important market for us. Last week, reports have suggested the Chinese economy is now larger than the US, and in 2015, China will be the world's largest mobile games market.

The market volume may be doubled in 2015, with market size nearing $8 billion, so we, or any other developer/publisher, shouldn't ignore this market.

In the Chinese market, thanks to the availability of low-end phones with increasingly high specs, broader availability of dependable, fast connection speeds, and the increased income of China's mobile internet users, we predict mid-core/hard-core game users will increase at a high speed. Casual games should maintain a big market share, though.

The market share between single player games and online games will maintaining the same level as in 2014.

Thanks to Gio for his time

SkyMobi and MIHOYO's The End of School II hits $1.6 million in first month